With recent updates, Microsoft Edge has received a new option to the Grammar tools of the Reader view (immersive reader). In addition to Nouns, Verbs, and Adjectives, there is a new option to highlight Adverbs.

Here is how the Grammar tools look in the Immersive reader in Edge stable. 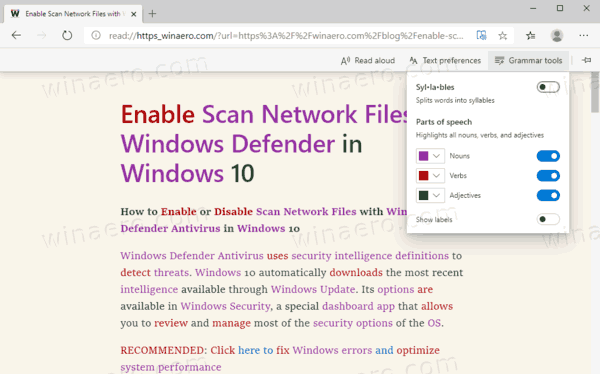 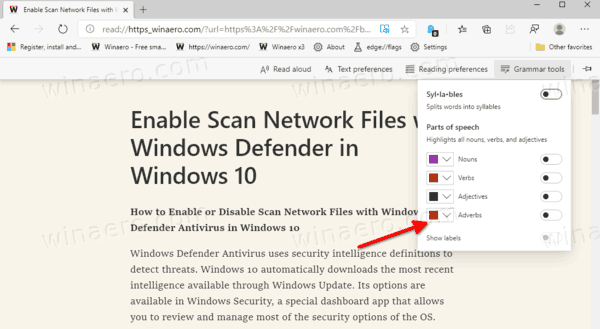 Grammar Tools were available in the classic Microsoft Edge app. Thankfully, this useful feature is a part of the upcoming Chromium-based as well. It is available out of box, and won't require you to download them separately.

Microsoft Edge is now a Chromium-based browser with a number of exclusive features like Read Aloud and services tied to Microsoft instead of Google.