Now it has been officially confirmed. The Chromium-based Microsoft Edge browser will also come to Linux. The company has the information regarding the Linux version of the app.

At the Ignite 2019 conference in Orlando, Microsoft had a session related to the Edge browser. There, Microsoft confirmed that a version of Edge is coming to Linux.

The list of platforms Microsoft is going to support with Edge Chromium looks as follows: 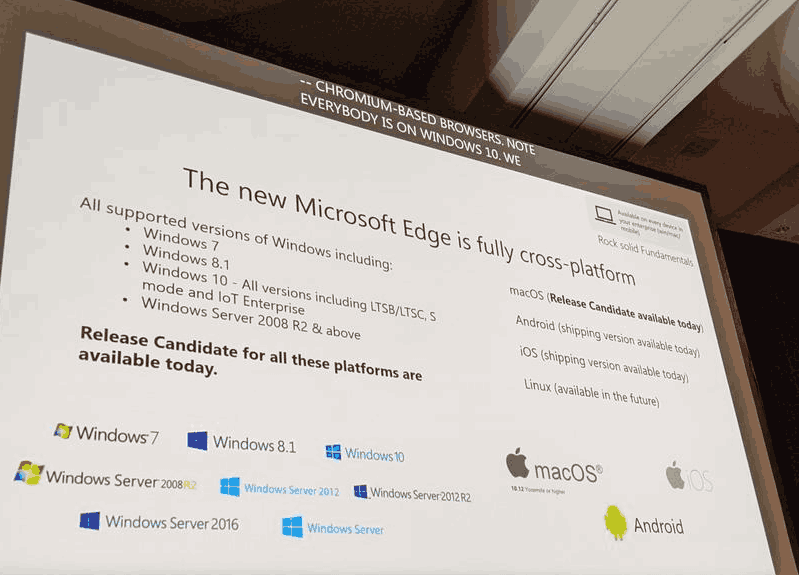 Microsoft Edge Chromium will be available for Windows and macOS beginning on January 15, featuring a new logo.  Sadly, the release date for Linux version wasn't named.

You are here: Home » Windows 10 » Edge for Linux is officially coming