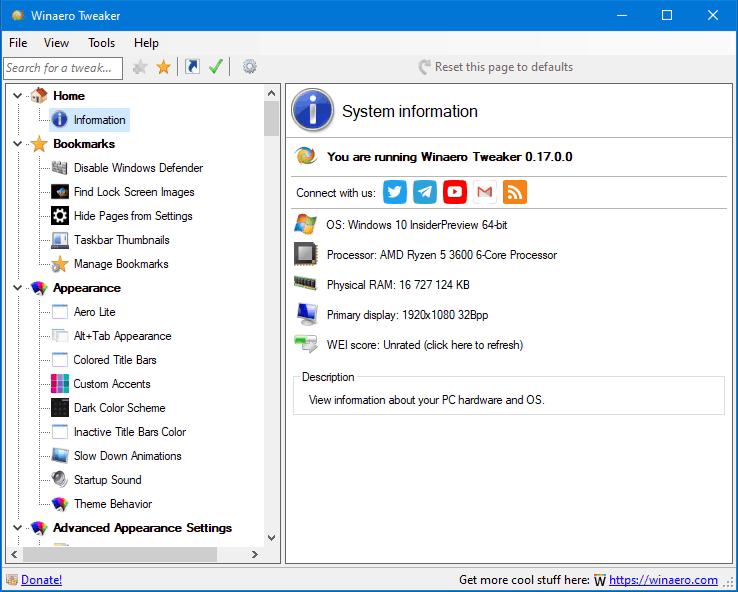 After years of development, I decided to release an all-in-one application which will include most options available in my free Winaero apps and extend it as much as possible. I would like to introduce Winaero Tweaker - universal tweaker software which supports Windows 7, Windows 8, Windows 8.1 and Windows 10.

Besides Winaero Tweaker, there are a number of other useful freeware tools created by Winaero. Check them out here: Winaero apps.