A new option has been added to Microsoft Edge Chromium. Currently only available in Canary, it allows making Edge your default browser from its settings.

The option appears under Settings > Default browser. Here is how it looks. 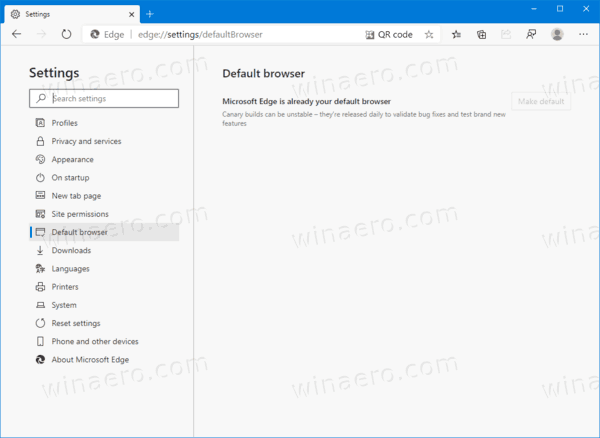 Interestingly, that it comes with a note: Canary builds can be unstable – they’re released daily to validate bug fixes and test brand new features.

The Make default button opens the Settings app at the Default apps section, which is used in Windows 10 to set your default app preferences.

As of now, the new button is only available in the Canary channel. Dev, Beta, and Stable Edge are about to receive it later.