Microsoft has released a new build to the Dev channel of the Edge browser. The new release, 82.0.453.2, is notable for bringing the Family Safety page to browser's settings, and also includes a bunch of fixes.

The Family Safety page has arrived directly from the Canary channel, featuring the same behavior with just a link to the appropriate page of the Windows 10 Settings app. 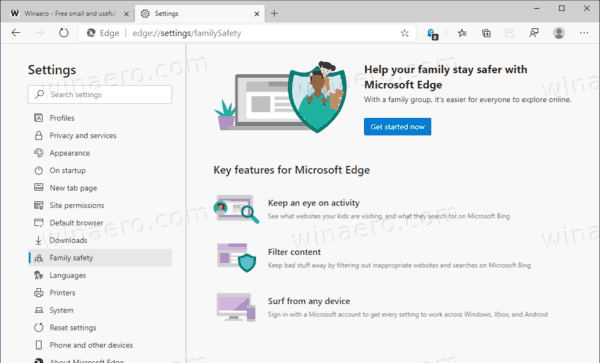 Microsoft Edge is now a Chromium-based browser with a number of exclusive features like Read Aloud and services tied to Microsoft instead of Google.