Users how recently upgraded their Windows 10 versions to May 2020 Update, version 2004, report that the OS shows Microsoft Edge ads every time you are searching for an other browser, e.g. for Firefox or Chrome. 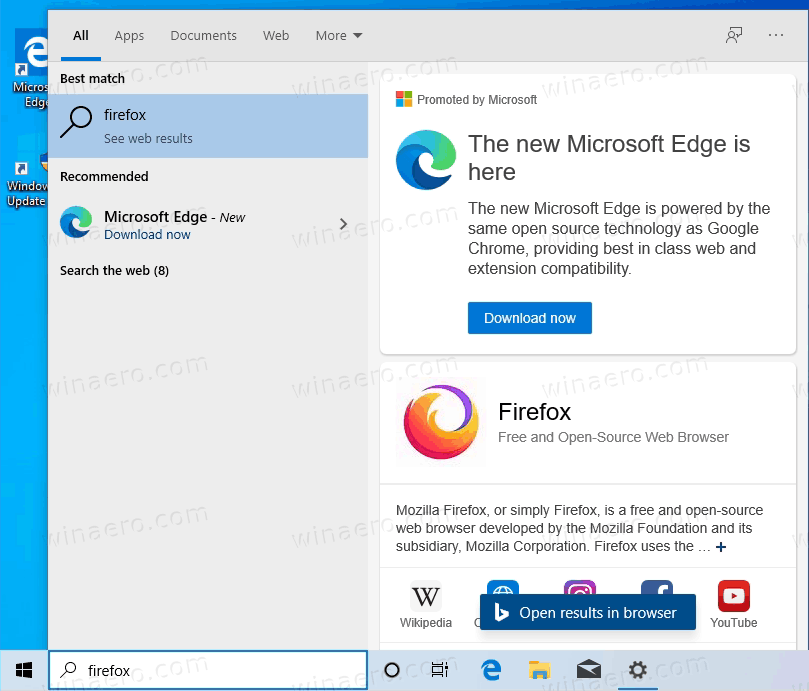 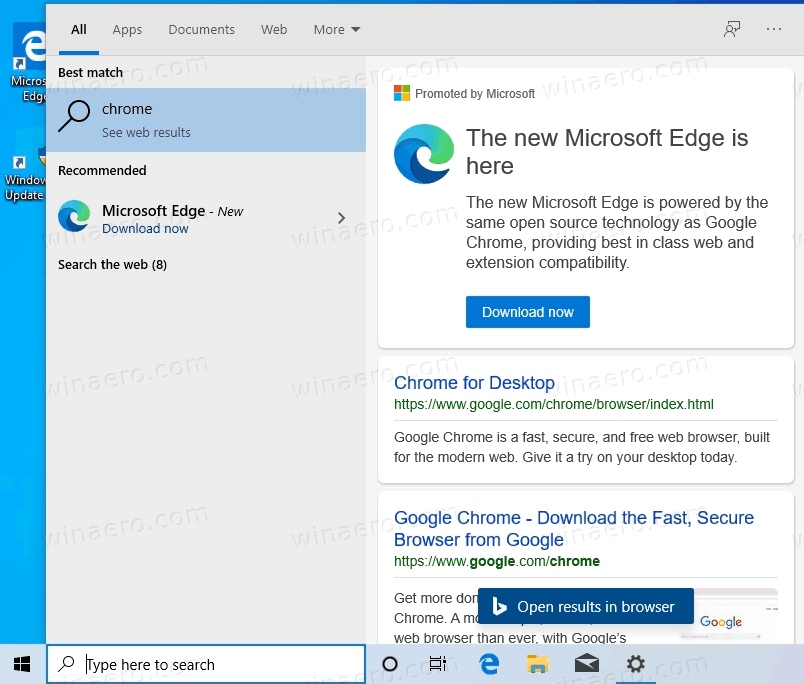 Actually, this feature is not new. Microsoft haв started an aggressive promotional campaign for the new Edge browser quite a while ago, once it had reached its first stable version. The same behavior can be spotted in Windows 10, version 1909. 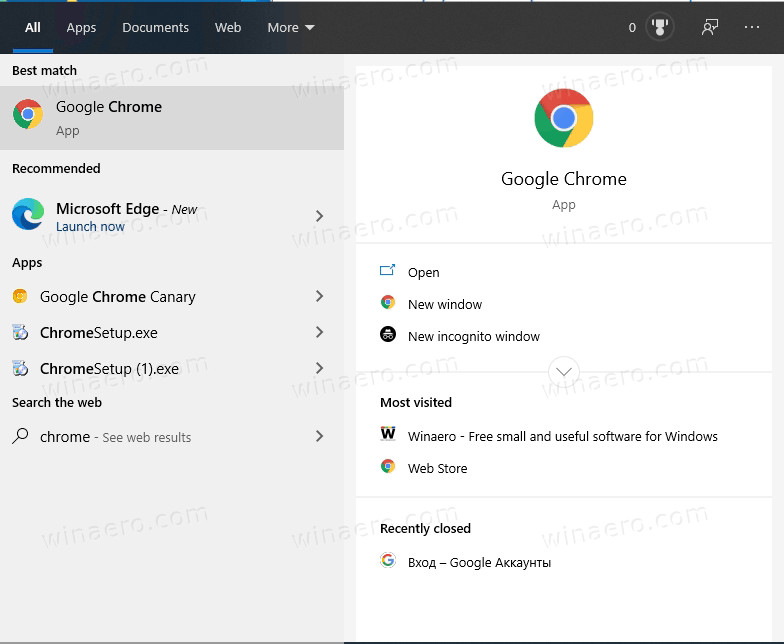 The have already covered a solution for those who are not happy to see those suggestions. Here's what you have to do.

Alternatively, you can disable them with a Registry tweak.