How to Uninstall and Remove Cortana in Windows 10 version 2004

Microsoft added a digital assistant in Windows 10 called Cortana which can recognize your voice and do some things for you like giving you information or automating some tasks. With Windows 10 version 2004, Microsoft is rolling out a new Cortana version, which has a number of new features, and can be updated from the Store. 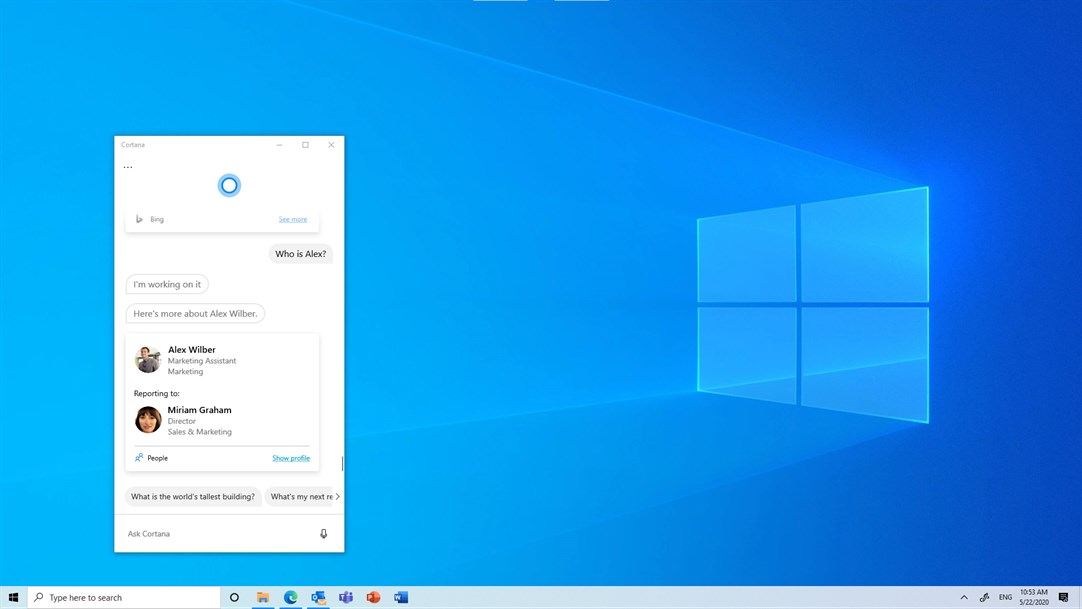 Not every user finds Cortana useful. Many users are looking for a way to remove it, but Microsoft still didn't provide an option to uninstall Cortana in Windows 10. Thankully, it is an easy task which can be done with help of PowerShell.

To Uninstall and Remove Cortana in Windows 10 Version 2004,

Alternatively, you can remove Cortana for all users in Windows 10.

Uninstall and Remove Cortana for All Users,

Finally, if you changed your mind and now want to re-install it, this is also possible. You can install Cortana from the Microsoft Store.

Reinstall Cortana for the current user

Note: If the link about fails, or you do not see the Get/Install button, try to use the following alternative link:

Cortana on the Store

The link above will launch the Store app.

Running an older Windows 10 version? Check out this post: How to uninstall and remove Cortana in Windows 10