How to Enable PWA Integration with Windows Shell in Microsoft Edge

Microsoft is working to integrate Progressive Web Apps (PWA) with Windows. Edge already allows installing them as regular apps with desktop shortcuts. A new change in Edge Canary provides a deeper integration of web apps by adding them to the 'Uninstall an app' list in Settings, and showing extra options for them, similar to Store apps. 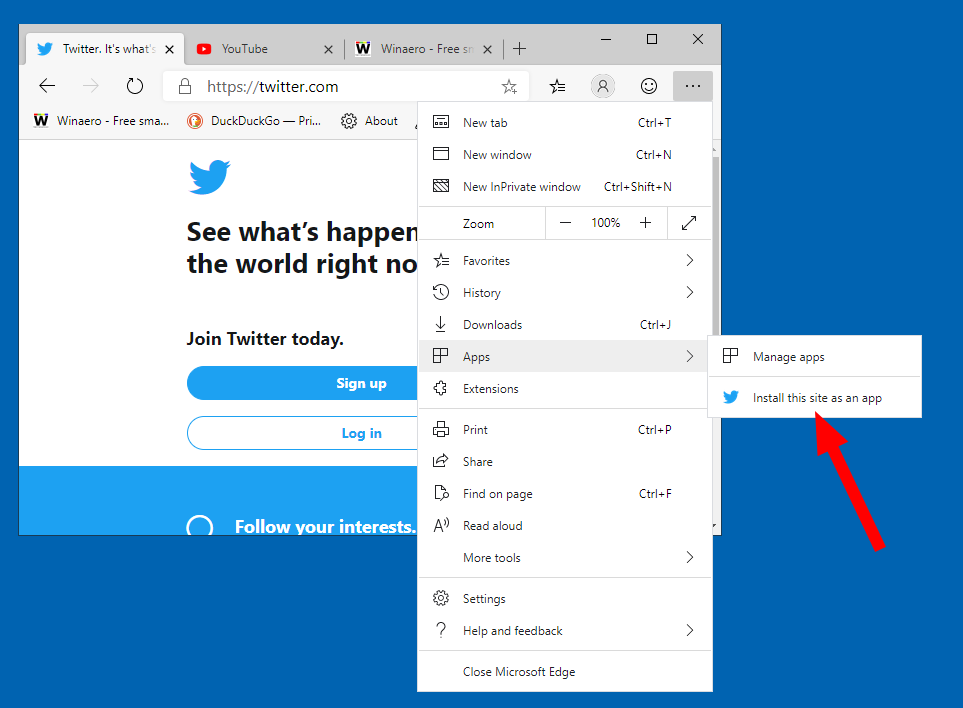 We have already covered a special flag in Microsoft Edge, called Web Apps Identity Proxy (#edge-web-apps-identity-proxy). It supposed to make PWAs behave more like native Windows apps. They will get their own names in notifications instead of just "Microsoft Edge", and will also properly named in Edge task manager, and will have individual jump lists.

Microsoft has finally updated Edge Canary to use this flag. Once you enable it in Edge Canary, PWAs you have installed will appear in the list of installed apps. You will also able to change their advanced settings, e.g. to move a PWA to another drive.

Before proceeding, ensure that you have

To Enable PWA Integration with Windows Shell in Microsoft Edge,

Now, open a web site that provides a PWA. For example, you can use Twitter or Outlook. Open browser's menu (Alt + F) and select Apps > Install Twitter (for Twitter). 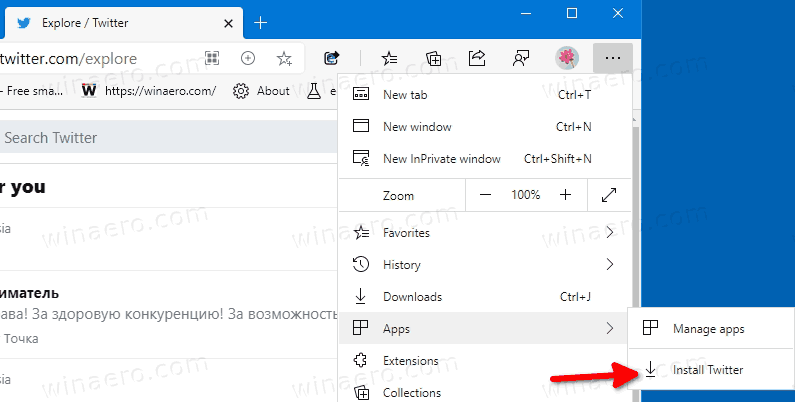 After you install the app, it will appear running with no browser frame, like a regular Windows app. 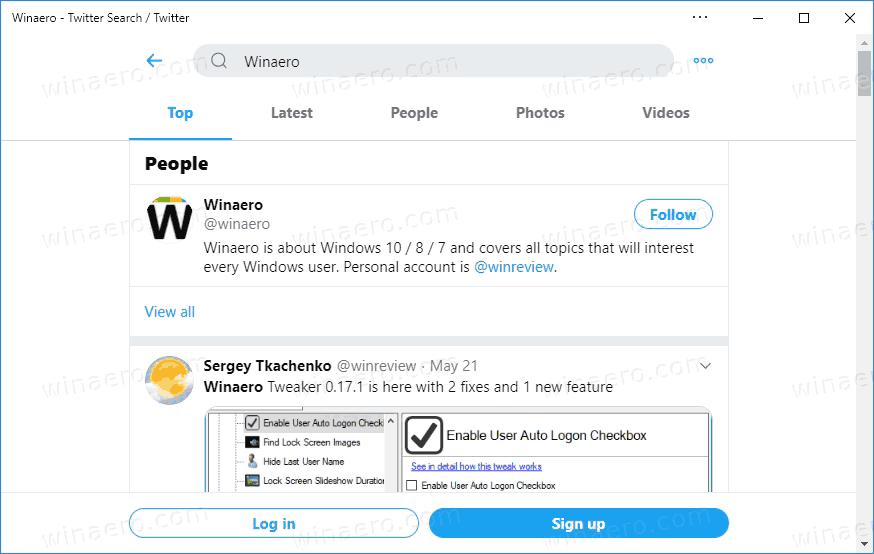 If you open Settings > Apps > Apps and features, you will see the PWA you have installed in the list of installed apps. In my case it is Twitter. 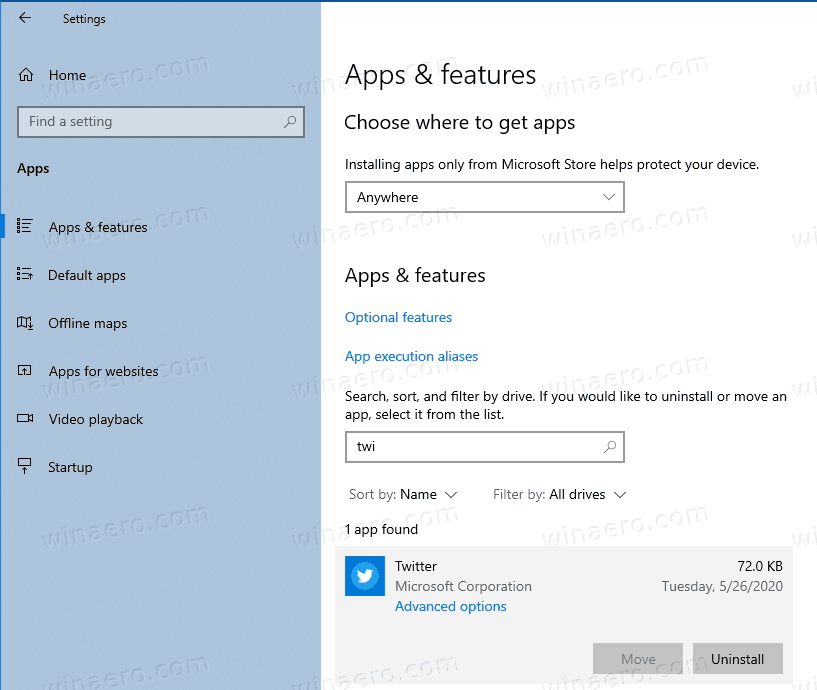 As you can see, it is possible to uninstall it from there, or open its advanced options, like for Store apps. 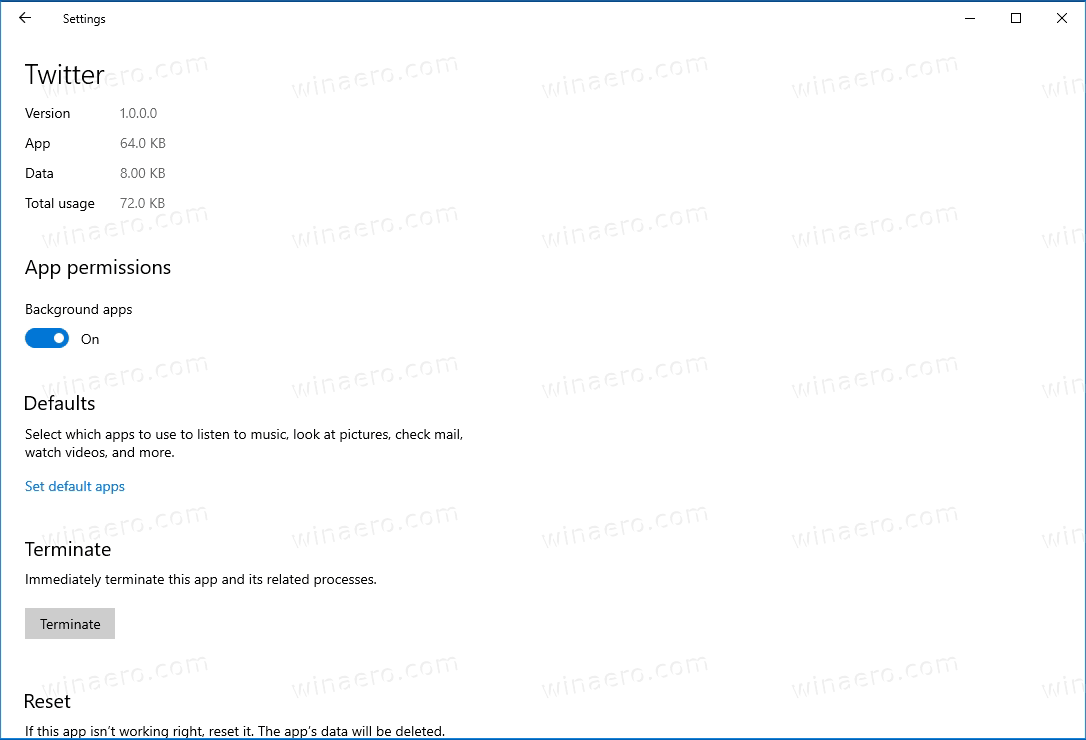 From there, you can allow the PWA to run in the background, terminate or reset it, and more.