Microsoft Edge has got  a set of links to Office apps and Microsoft 365 web services on the New Tab page. There is an app launcher button that opens a new flyout with a set of links to web apps.A similar feature exists in Google Chrome, which allows accessing Google's web apps right from the new tab page. Now Microsoft Edge users are receiving the same menu, but with the company's very own services.

The change is already available in the Canary branch of Edge (see the list of actual Edge versions below).

Once you click on the app button on the New Tab page, Edge will open the following menu: 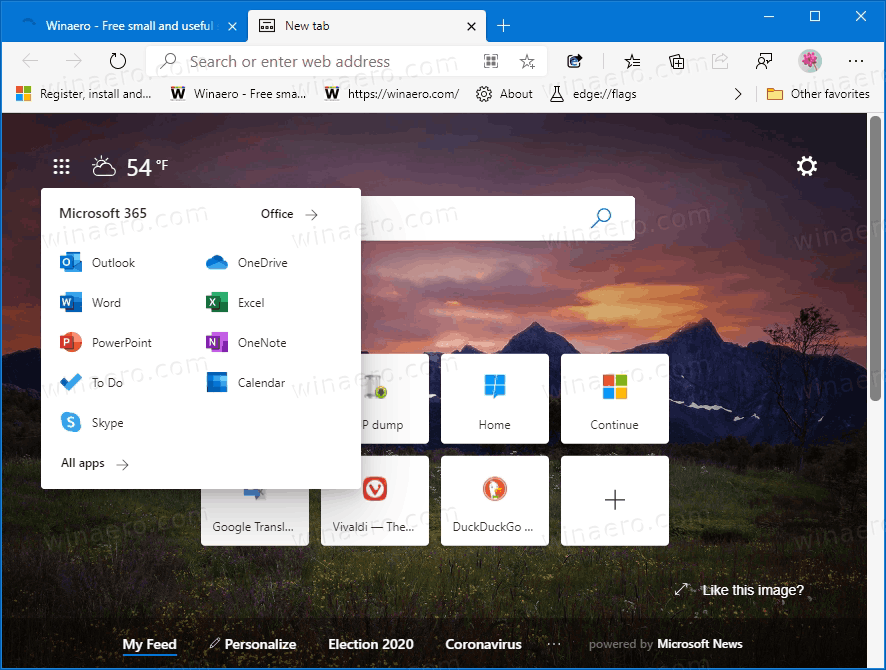 It includes links to web versions of Word, Excel, PowerPoint, Outlook, Calendar, OneDrive, OneNote, To Do, and Skype.

The "All apps" link reveals more apps, including Bing, MSN, Privacy, and Rewards.

Microsoft is now using the New Tab page to make its own services more discoverable for the end user, and to provide a faster way to open them for existing Microsoft 365 users.