In Windows 10, Microsoft replaced the good old calculator with a new Modern app. Microsoft has opened its source code, that allows the app to be ported to Android, iOS, and Web. Now, the company adds a new feature, Graphing Mode, to Windows 10 Calculator.

The new Graphing Mode was first introduced at company's 'Live from BETT'. The new feature will allow visualizing equations, and will be helpful to students who learn linear algebra. 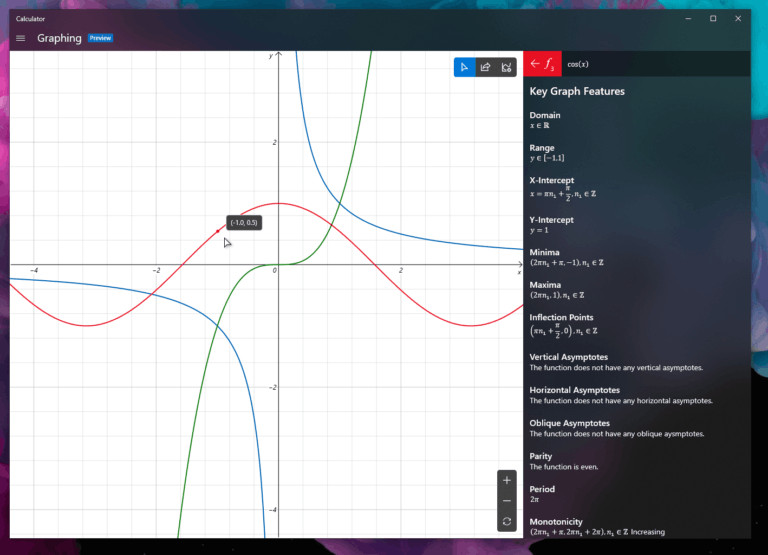 The updated app is already included in Windows 10 Build 19546, which is released to the Fast Ring.

The key features of Graphing Mode  are as follows.