In Windows 10, Microsoft replaced the good old calculator with a new Modern app. Recently, the app got a revamped user interface with the Fluent Design bits applied. Microsoft also updated the app with a new feature: the Calculator got a built-in currency converter!

The currency converter is included in version 10.1706.1862.0 of the UWP Calculator app. The updated app is now available in the stable/production branch. Here is how it looks. 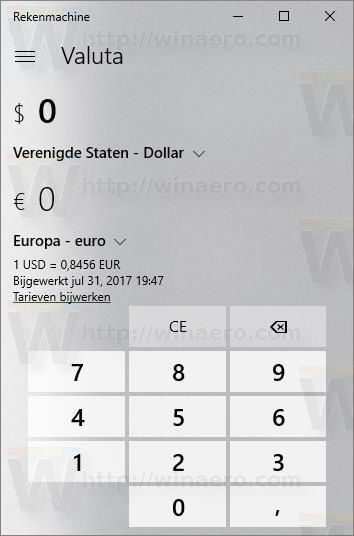 This feature was one of the most requested ones by Windows 10 users. Calculator supports the majority of the world's currencies. It automatically obtains the latest exchange rates from the Internet. In my opinion, this is the first time that I see a UWP app with a useful improvement over a classic Win32 program. Of course, the other usability and user interface flaws with the modern Calculator app are not fixed yet.

The Metro version of Calculator has similar working modes as the classic Calculator: 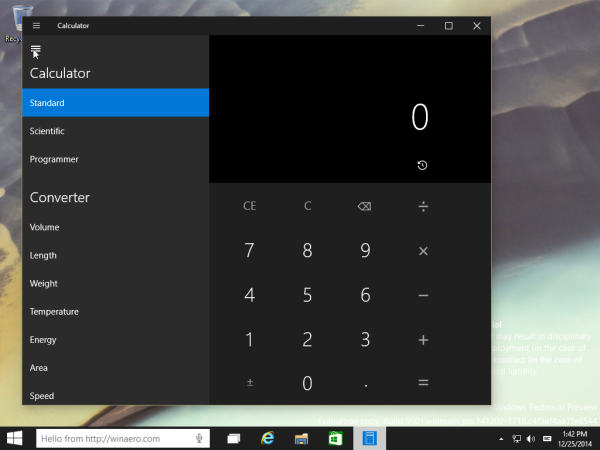 It is a touch-friendly app and its UI is large by default - too large in fact for mouse users and even if it can be resized to make it smaller and can run inside a window, it doesn't feel as user-friendly as the classic app because it lacks a menu bar and does not have the friendly visual cues which made the user interface friendly in the classic app. The modern Calculator also has poor keyboard and mouse usability and low information density.

You may find these other articles of interest related to the calculator app in Windows 10: