OneDrive for ARM is currently not available for all users, but Microsoft allows everyone to participate in public testing. To download the app on Windows or Mac, open OneDrive settings and go to the About tab. Click the “Get Apple Silicon build” or “Get ARM64 build” button in the Pre-release builds section.

Note that the preview is rolling out gradually, which means it might take a few more days before the option to download the preview appears in the settings. Unfortunately, Microsoft does not say when it plans to ship the ARM version of OneDrive for all users in the stable channel. 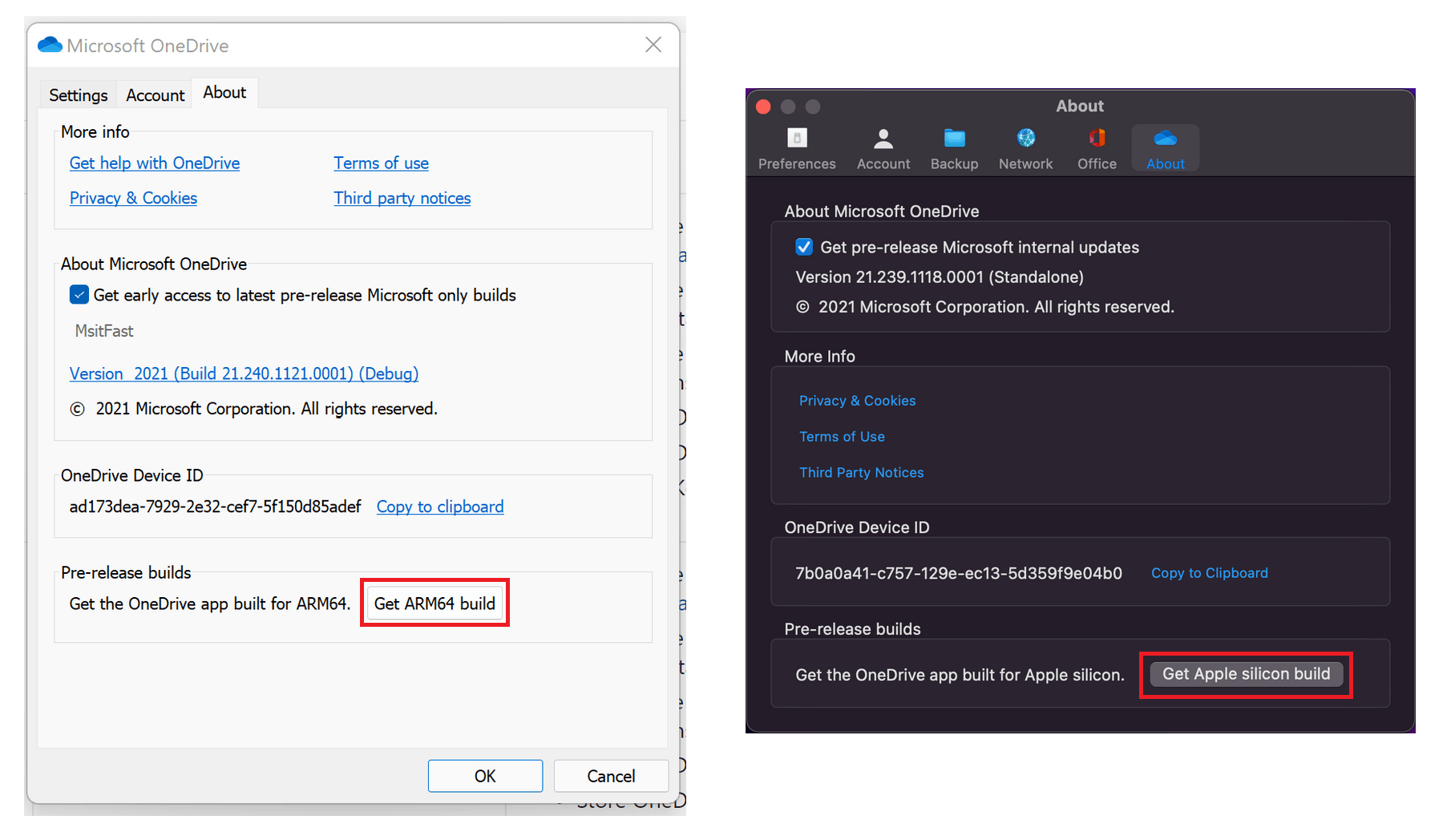 Earlier this year, Microsoft released a 64-bit version of OneDrive for Windows. Also, the company announced plans to stop supporting the app on Windows 8.1, 8, and 7.

Microsoft recommends users on older Windows versions to upgrade or switch to OneDrive for Web. Native OneDrive clients for Windows 8.1, 8, and 7 will stop working in March 2022.

For those unfamiliar, OneDrive (formerly SkyDrive) is cloud storage from Microsoft. It offers 5GB of storage for free for all users. Microsoft 365 subscribers get 1TB as a part of their plan, plus Microsoft allows buying additional 200, 400, 600, 800GB, and 1TB of storage for a relatively low monthly price.

OneDrive is available as a native app on Windows, macOS, iOS, Android. Also, you can access OneDrive from any modern browser.