Windows 11 is now publicly available to download from Windows Update and clean installation using the Media Creation Tool. Alongside the operating system, Microsoft launched the new Microsoft Store. The latter is a big event for the Software giant, as the Microsoft Store now offers much-improved developer-friendly policies. Devs can use their proprietary payment systems and CDNs, publish unpackaged apps, third-party browsers, and even stores. 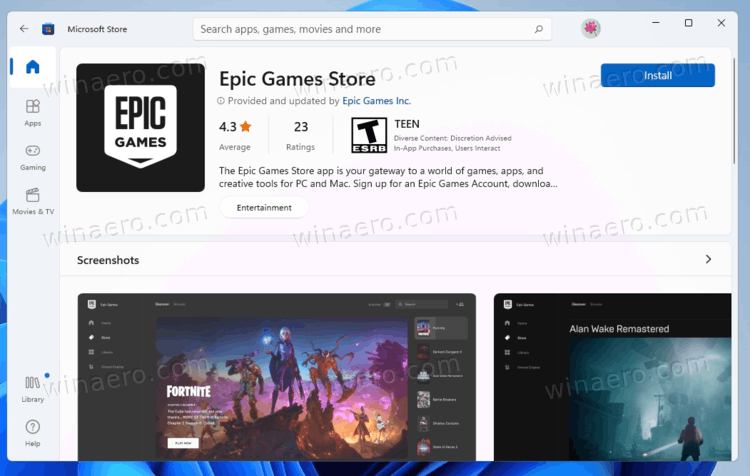 As for features, getting the Epic Games Store app from the Microsoft Store does not offer any advantages or benefits compared to downloading it from the official website. Epic Games will utilize their update mechanisms outside the Microsoft Store. The latter provides users with an easy and convenient way to get the installer with just a few clicks and without opening a browser.

Epic Games Store is not the only third-party marketplace coming to the Microsoft Store. Amazon will soon publish its Android app store to let Windows 11 users install and run Android applications. That capability is currently unavailable in the stable version of Windows 11, but Microsoft will soon release a preview build of Windows 11 with Android app support in the Windows Insider program.