According to recent rumors, Microsoft attempted to buy image-sharing social network Pinterest, but the negotiations hit the wall with no further progress. Nevertheless, two companies appear to strengthen their partnership with new Pinterest integrations into Microsoft’s products. On the Tech Community Forum, Microsoft today announced that users can now embed interactive Pinterest Pins into OneNote and Word for Web.

To add Pinterest Pin to OneNote or Word, all you have to do is copy the link of the Pin you need and paste it into a document or note. An app will automatically render Pin with a link above. There are no limits on how many Pins you can add to a notebook or document. Microsoft says you can create “entire notebooks chock-full of Pins.” 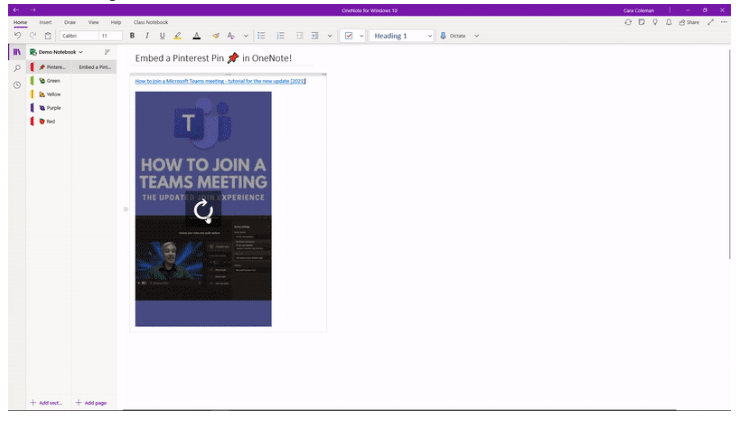 Embedded Pins are now available in OneNote for Windows 10, web, Mac, iPad, Android, and OneNote 2016. As for Word, Pinterest integration only works in Word for the web. It is worth mentioning that you do not need a Microsoft 365 subscription to embed Pins into your documents or notes. 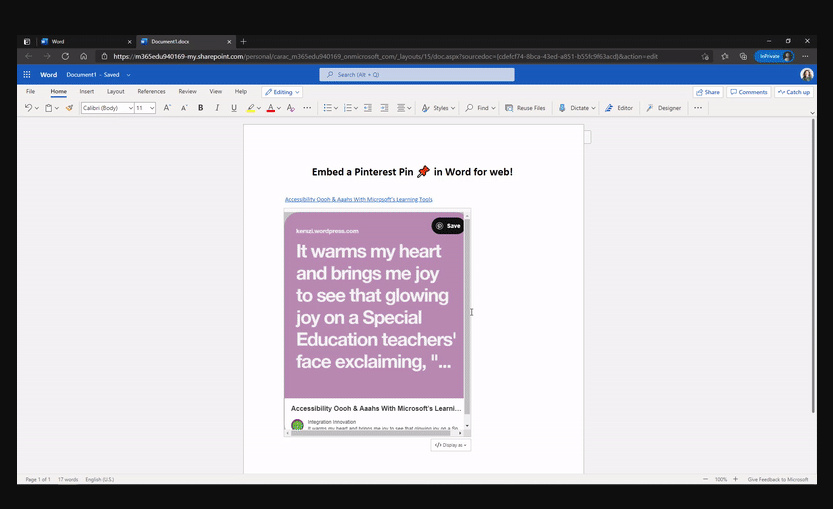 Pinterest Pins join the recently announced interactive apps for Word for the web. From now, you can add embedded content from YouTube, Vimeo, Microsoft Forms, Pinterest, and many other services. In addition to this, Pinterest is integrated into Microsoft Edge’s Collections feature.

Interactive apps are not the only new feature for Office. Soon, Microsoft will start rolling out enhanced dark mode and smart text predictions for Word. Also, dictation for Word and Outlook now supports seven new languages.