During the latest Windows Insider webcast, Microsoft demoed the Windows Timeline feature in action. An early implementation of Timeline along with a number of apps updated to support it can be seen in the video.

The video includes the updated Task View feature with a new taskbar icon. Running apps and virtual desktops now appear above the Timeline area. Timeline's groups occupy the entire area below it. Activities are organized by dates for the last 30 days. Once you click on a group, it is expanded to a view organized by hours. 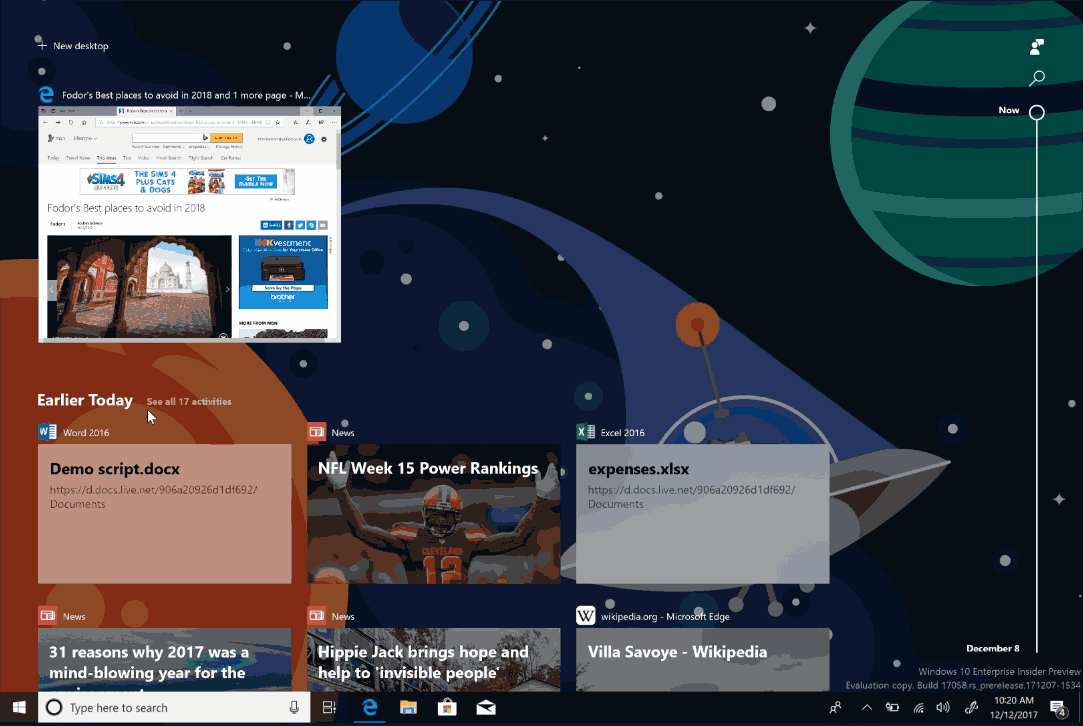 For developers, there is a tutorial on how to update their apps to support Timeline. There are a number of first-party Windows apps which have already been updated to support it, including Edge, News, Sports, Weather, Money, and Maps.

According to the video, Windows Timeline is fully customizable and can be disabled. The amount of data collected is also under the user's control.

Check out the video here: