Windows Timeline and Sets are two of the most exciting features of the upcoming Windows 10 "Redstone 4" update. Microsoft today revealed that Timeline will be included with Redstone 4, but the company has delayed the Sets feature for the next major update.

Timeline is a feature that allows users to review their activity history and quickly return to their previous tasks. It shows a list of your recently used apps, documents and web pages from all devices running under the same Microsoft Account, so the user can quickly return to a previous task and continue where he left off.

Timeline will be accessible right from the Task View, which has a button on the taskbar, so it is one click away from your current tasks.

Sets is the implementation of the tabbed shell for Windows 10 which will allow app grouping exactly like tabs in a browser. When enabled, Sets will allow combining windows from different apps in a tabbed view. Just like you can switch between web pages with tabs, each open tab will represent a running app. 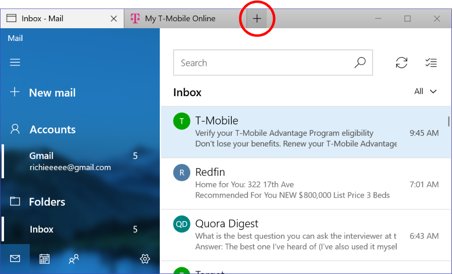 Windows Insiders can expect the Sets feature to be enabled during A/B tests in the upcoming Redstone 4 preview releases. The final version of the feature should come with Windows 10 Redstone 5. This could change if Microsoft prioritizes the Sets feature to ship with Redstone 4 but as of this writing, that does not seem to be the case.