A number of cool UI changes are coming to Windows PowerToys. The set of tools are getting a new "Welcome" screen that will be shown to users at first run. There is also a system tray launcher with a flyout-like design.

On GitHub, there is a work-in-progress on adding new GUI features to the suite. 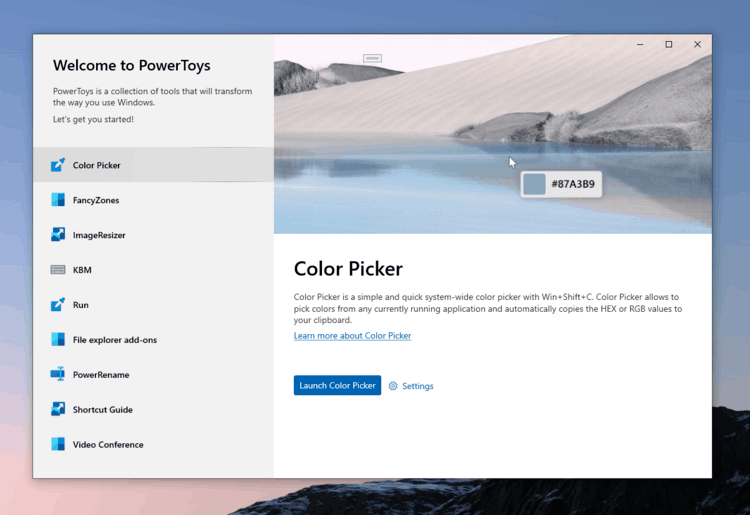 First of the changes is a new Welcome experience, that introduces the PowerToys app to newcomers. At the first run, the user will see a OOBE-like dialog box that briefly describes what the apps do. There will be a launch button for each app to quickly run it.

This is how it can look:

Another change is the tool launcher, available from the system tray.

This will allow the user to quickly open any of the tools from the system tray. The launcher has a modern UI and resembles native Windows 10 flyouts.

Besides the shortcuts for the tools, the launcher will also include some direct actions, like changing your window grid layout with ZancyZones, and muting your microphone and camera for the Video Conference Tool. 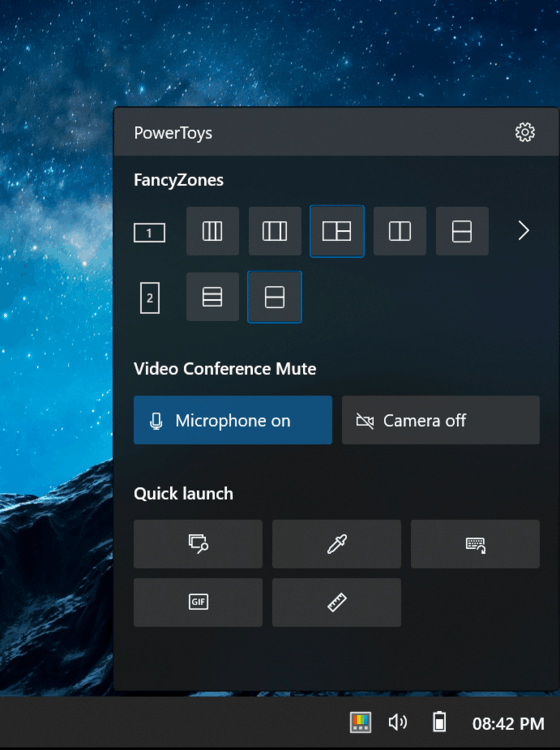 Both features are only planned as of the moment of this writing. It is not known when they will be implemented and included to the stable branch. But both look promising and interesting.

You can download all the available PowerToys versions from its Releases page on GitHub: