Microsoft has released PowerToys 0.28. It is an experimental app version that contains the Video conference mute in addition to what was included in version 0.27.0. The release notes also point to a few known issues in the release.

This utility will mute not just your audio but your video as well with a single keystroke. You can do audio, video both. Microsoft considers the ability to quickly mute while on a conference call is critical regardless of where you are on your computer.

When the camera is in use, you'll see the following dialog on where you set it on your screen to get your state. With a quick click or a keystroke, your state will be updated.

To have the camera set, all you need to do is select the PowerToys camera. It also includes a number of other settings. 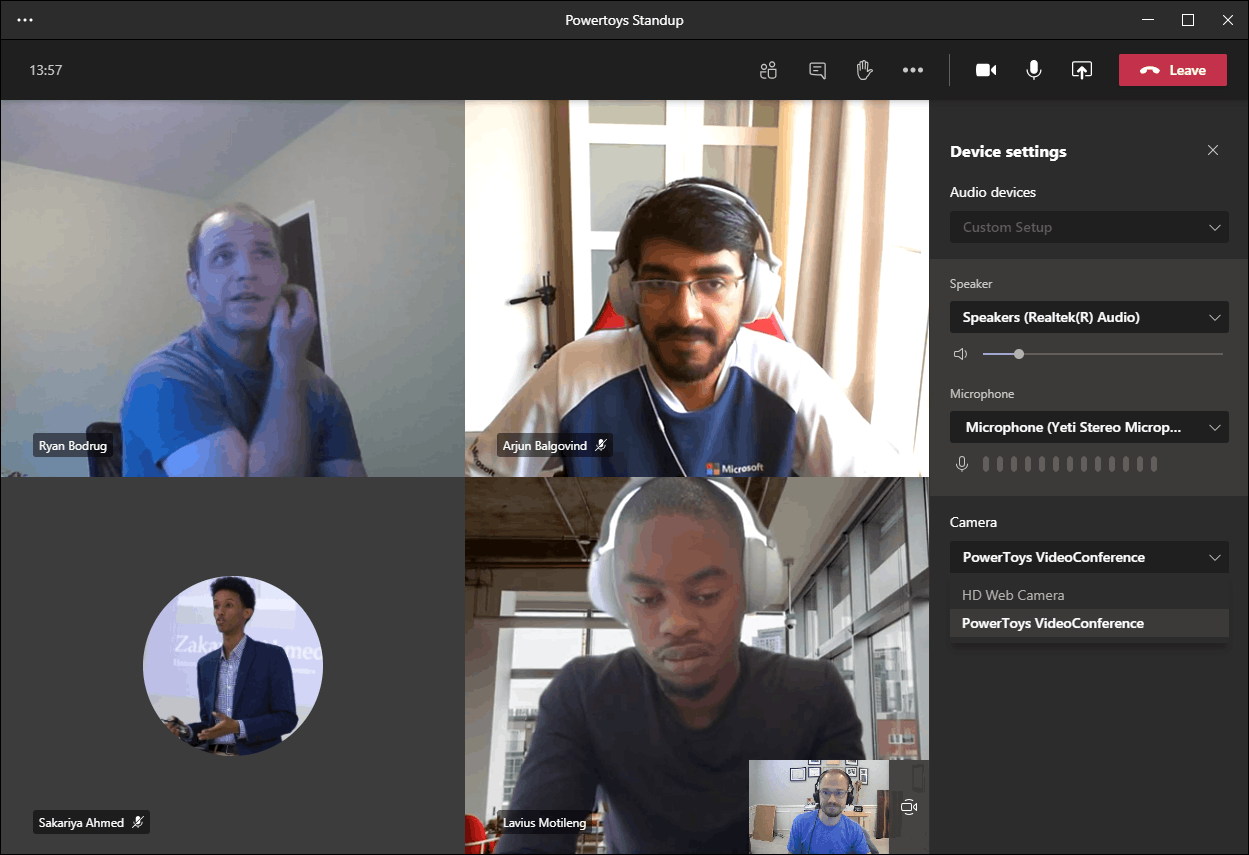 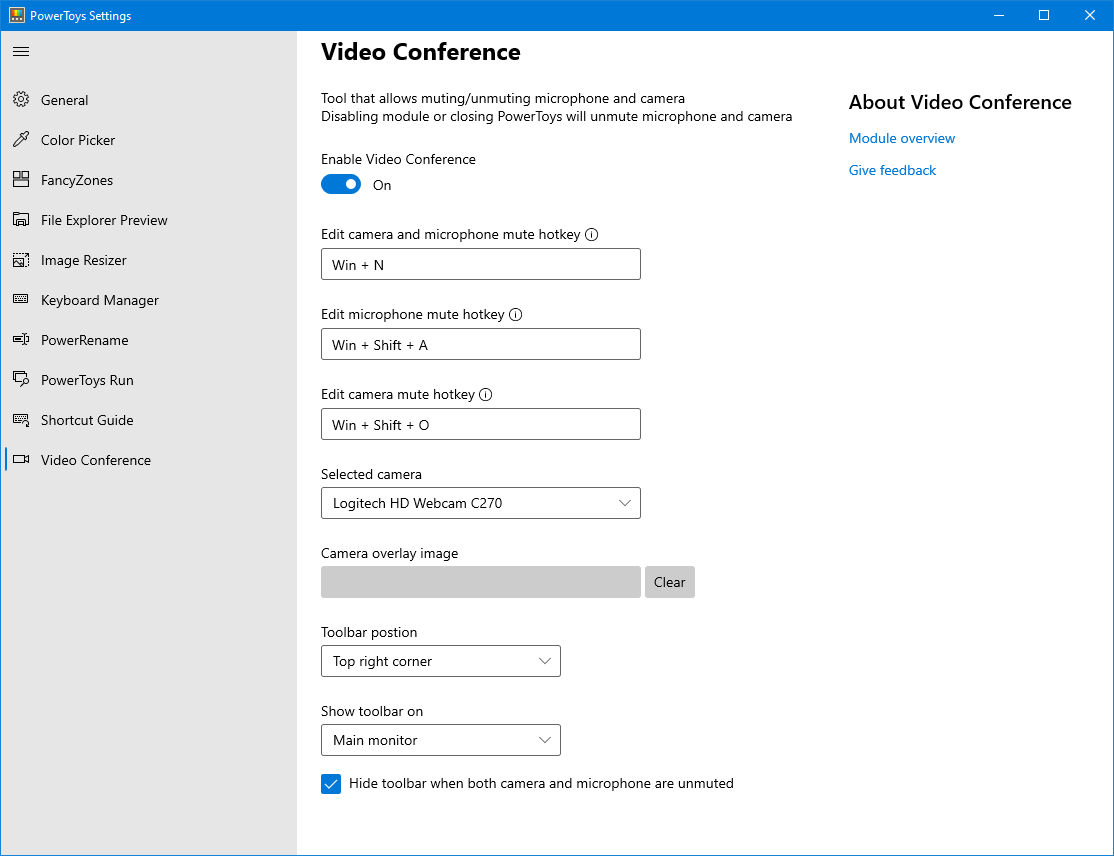 To mute audio or video, the tool does the following.