The PowerToys team is working on adding a new tool to the apps suite. It will allow to record the screen contents, and provide a few editing options. The tool is currently known as 'Video GIF Capture'.

The new tool will allow the user to record an app of a screen portion, and save the recording to a file . It will include an option to create a GIF animation from what the user captured. Some other features include the ability to trim the capture, and set video/GIF quality.

On GitHub, Microsoft has published a lengthy document regarding the new tool. It also includes some design mockups, which give the idea who the tool is supposed to work. 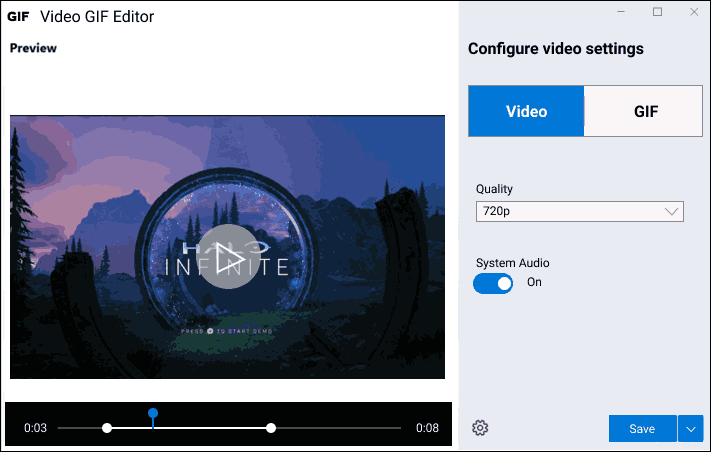 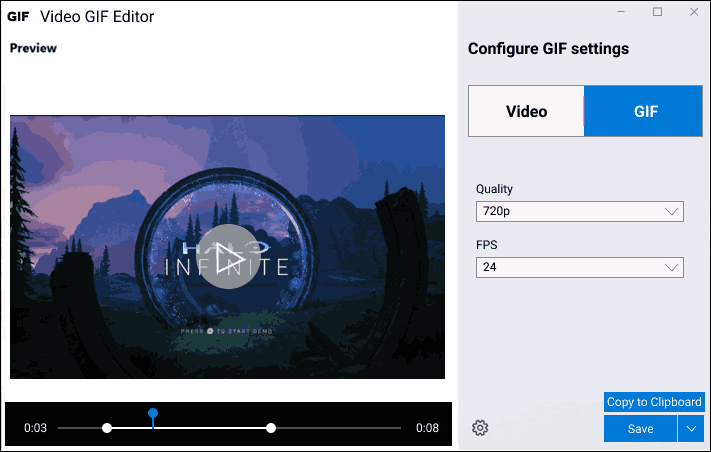 The user will be able to assign a hotkey to the screen recording action, and customize the color of the selection rectangle when setting up a capture. 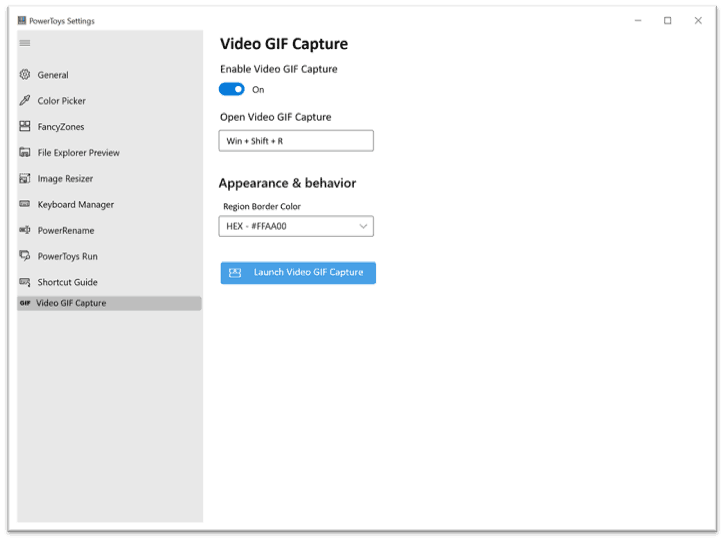 The work is in progress, so it is not known when the new tool will become available to the public. Microsoft is taking a close look at existing apps, including Snip and Sketch, Xbox Game Bar, and third-party apps like Camtasia, Screen to Gif, to create a familiar and easy-to-use interface for the new tool.