Microsoft has released a new Windows 11 Preview Build 22499 for Windows Insiders on the Dev Channel. Besides general fixes and improvements, it adds a quick screen sharing feature to teams.

Last week, Microsoft introduced a new feature that lets you quickly mute and unmute your microphone during conferences in Microsoft Teams right from the taskbar. Today's build allows you to share the content of the desired window in Microsoft Teams, again right from the taskbar. Now you do not need to switch between windows to simply start broadcasting a window. You do not need to distract from the video conference or think about what other participants see on their screen. 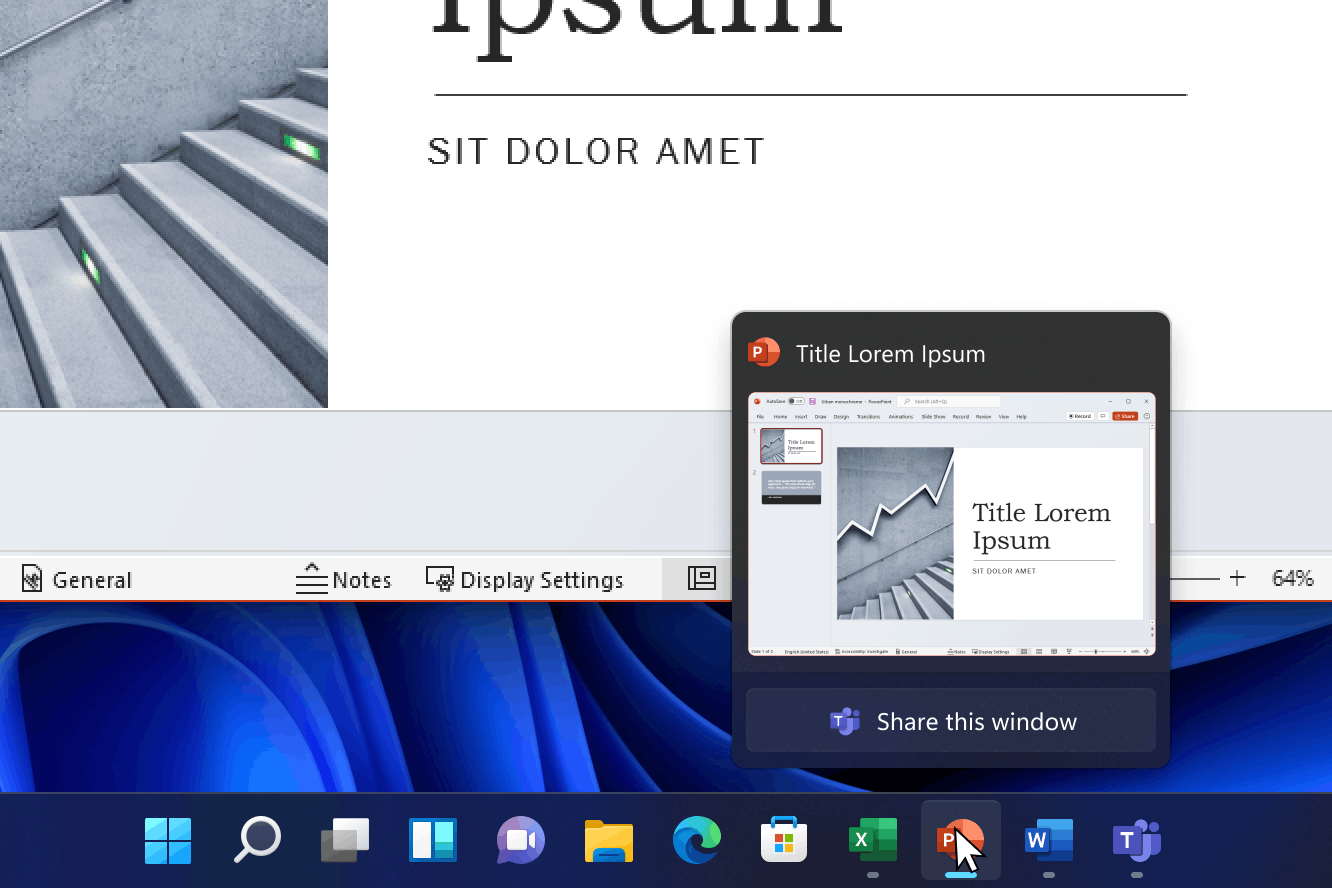 When you are in a conference in Microsoft Teams, hover your mouse over the icon of a running application in the taskbar. You will see a new button in the preview thumbnail for quickly sharing the content of that app to the conference participants.

When you have done with broadcasting, hover over the window icon in the taskbar again and click "Stop Sharing" in the preview thumbnail.

Alternatively, you can hover your cursor over another window and click the "Share this Window" button to start sharing another window. If you are showing a full-screen PowerPoint presentation, move your mouse cursor to the bottom of the screen. A pop-up window appears on the taskbar that allows sharing your presentation over Teams.

The feature is currently available to a small number of Insiders with Microsoft Teams installed for work and study. Over time, Microsoft will make the feature available to more users. Something similar will eventually become available in the built-in Chat app.

Developers of other audio and video conferencing applications will also be able to add support for this feature to their products.

Microsoft has released the official Windows 11 Build 22499 insider ISOs that are up to date on the Dev Channel. You can use these images both for a clean install and for updating the system on your device.