Microsoft has finally released Windows 10 version 20H2. The OS, which is also known as 'October 2020 Update', is now available in the stable branch, so anyone can download and install it.

Beginning today, the October 2020 Update is available initially for users of select devices running Windows 10, version 1903 or later who are interested in experiencing the latest feature updates and are ready to install this release on their device. If you would like to install the new release, open your Windows Update settings (Settings > Update & Security > Windows Update) and select Check for updates. If the update appears, and you are running Windows 10, version 1903 or later, you can simply select Download and install to get started. 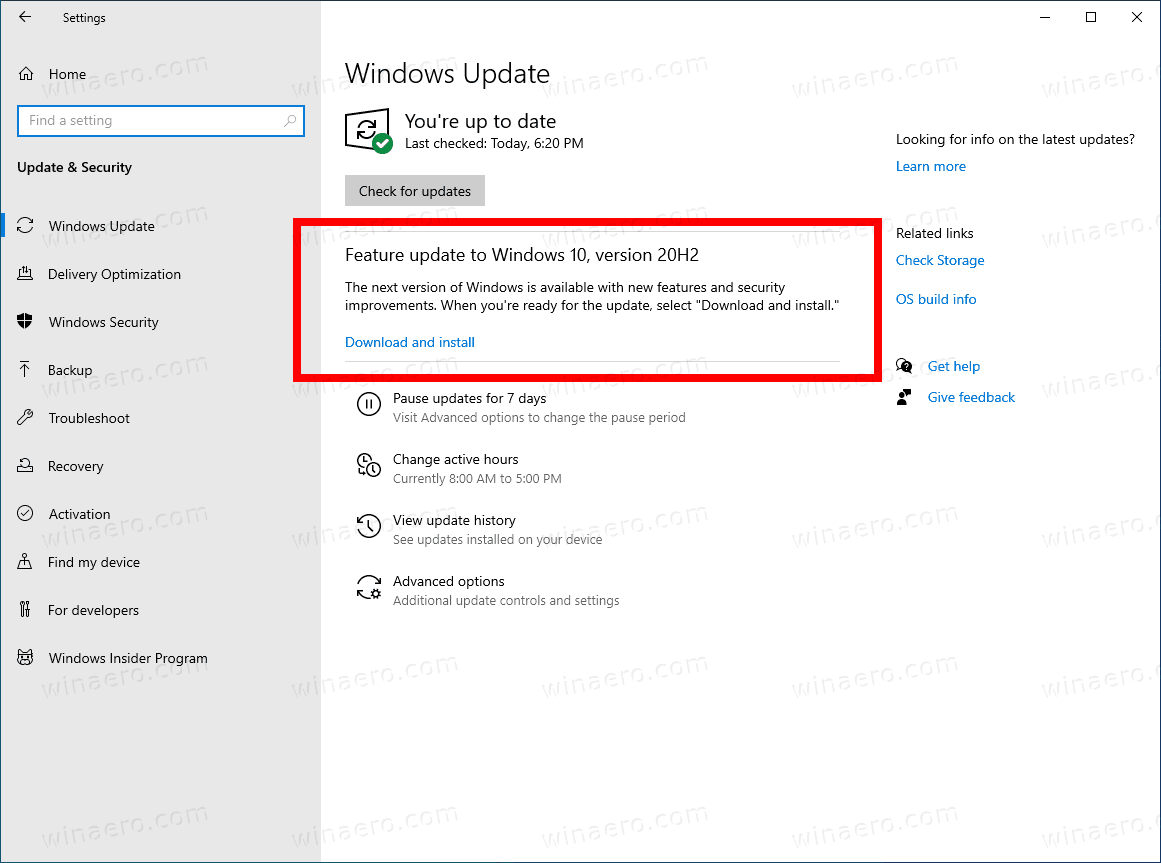 If you are currently using Windows 10 version 2004, this process will take only a few minutes.

Also, Microsoft has published a video that covers the upgrade process. You can watch it here.

Starting in Windows 10 version 20H2, Microsoft is using different version numbering. Microsoft had switched to a format that represents the half of the calendar year in which the release becomes available in retail and commercial channels. The company had explained that for Windows 10 version 20H2 you will see "version 20H2" instead of "version 2009", as you could expect. This numbering scheme is a familiar approach for Windows Insiders and is designed to provide consistency in Microsoft's version names across releases for their commercial customers and partners. Microsoft will continue to use a friendly name, which is October 2020 Update, in consumer communications.

Microsoft is actually delivering all the features to Windows 10 version 2004 with latest cumulative updates. If you have Windows 10, version 2004, build 19041.423 or above installed, you can quickly enable all the 20H2 features right now with a single Registry tweak. Check out  the post

One thought on “Windows 10 version 20H2 is officially released”