Microsoft has finally made available the Edge browser for Linux. The build 88.0.673.0 from the Dev channel is now available for download. It is wrapped into a DEB package, so it can easily be installed in Ubuntu, Debian, and their derivatives.

The package requires a 64-bit version of the Linux distro. There's no 32-bit package for Linux users. 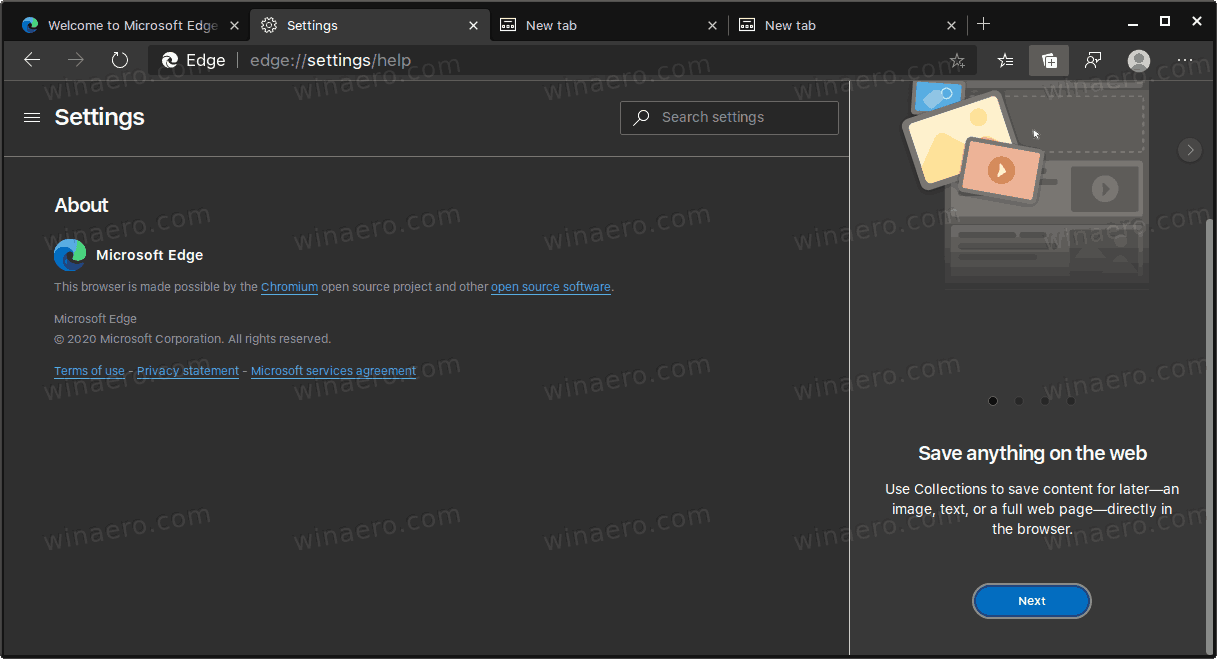 The browser, similar to Chrome and Chromium, doesn't use the OS' window manager, and draws its own window frame, and looks alien by default.

As you could expect, there is no settings sync here, no Microsoft Account support, no Read Aloud, and maybe some other features are missing.

The Web Capture, a relatively new feature, is already here. 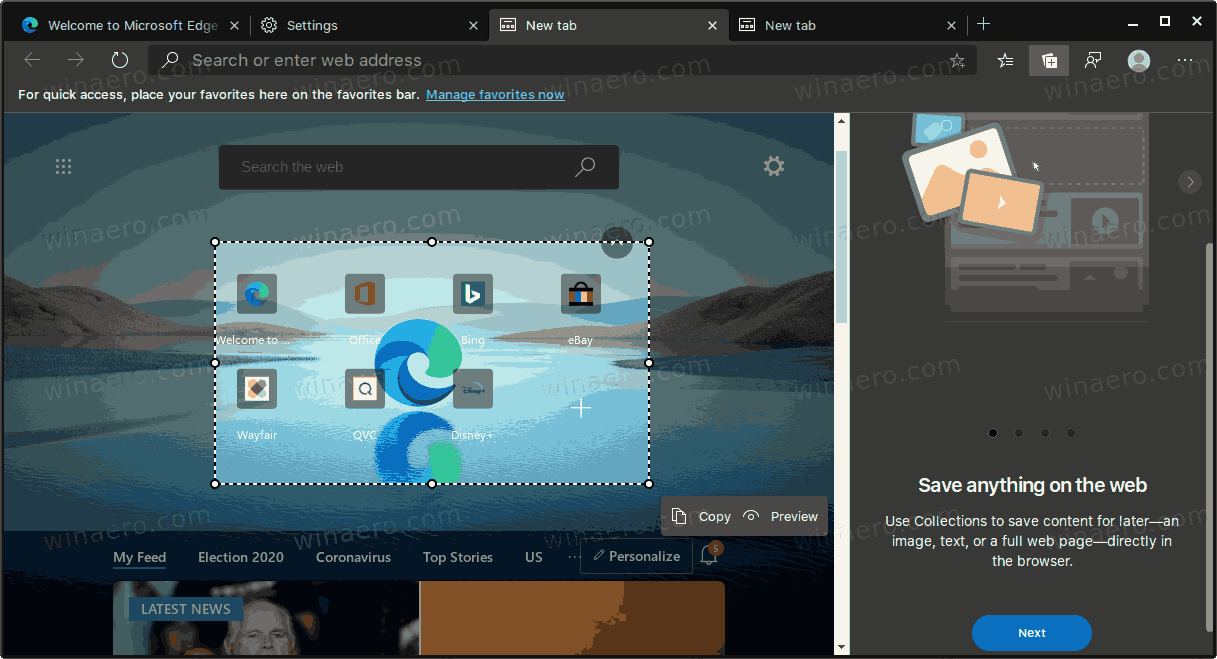 While it is a Dev build, it opens the 'unknown' channel page at the first start that renders the Beta channel page text.

It supports the Light and Dark themes, comes with Collections and extension support, that is not bad. 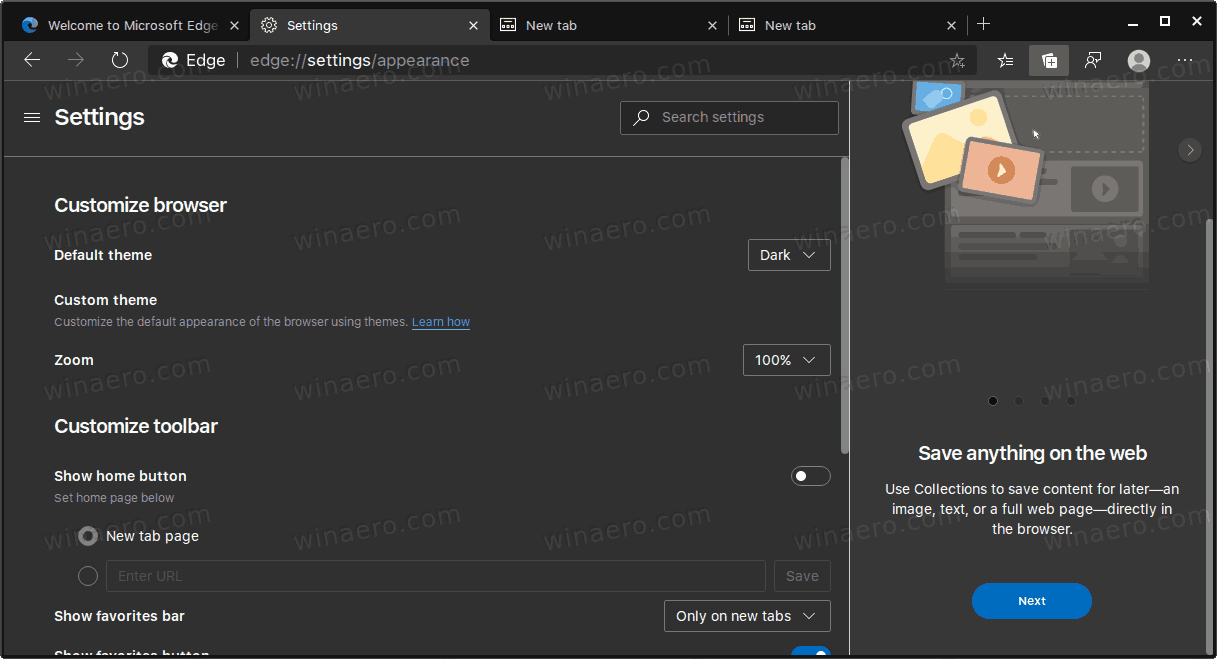 The man page still says that the browser is made by Google, and the changelog file doesn't include the proper credits for the devs, claiming null@null.com as their email address. 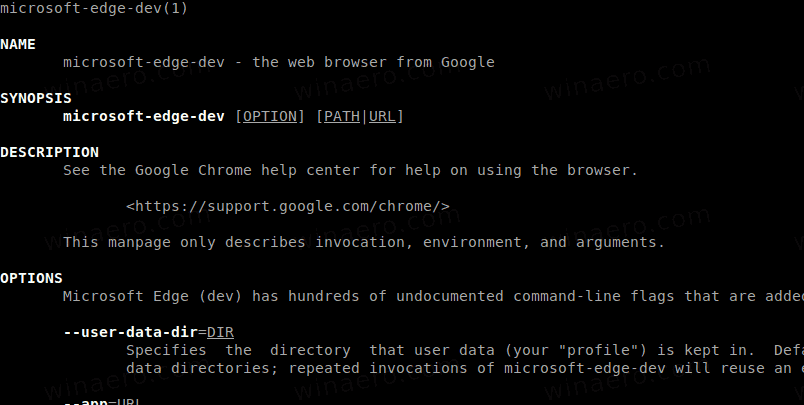 So, it is still a work in progress, but Edge on Linux is already a real thing. From now, Linux users can choose between Firefox, Chrome/Chromium, Opera, Vivaldi, and Edge - all the mainstream browsers are available on the Linux platform.

I've managed to get it running in Arch Linux by just unpacking the DEB package and by placing the files under their appropriate locations. Wanna try it yourself? Here is how to get it from Microsoft's official repo.

There are two ways to get started with Microsoft Edge on Linux. The simplest approach is to download and install a .deb or .rpm package directly from the Microsoft Edge Insider site – this will configure your system to receive future automatic updates. E.g. On Ubuntu it will install a cron task to update itself automatically, and will also create an apt source for accessing its own repo.

Many thanks to my friend Nick much for this tip.