Some time ago Microsoft has added a new feature to Edge Canary, called Web Capture. It can be used to capture and share a portion of a web page. Today, the company officially announced it.

The feature is available from the main menu of the browser. It allows selecting an area of the currently open web page. Once captured, the fragment appears in a preview dialog, and can be further shared, copied to the clipboard, or saved to the disk. The function is located in the main menu. 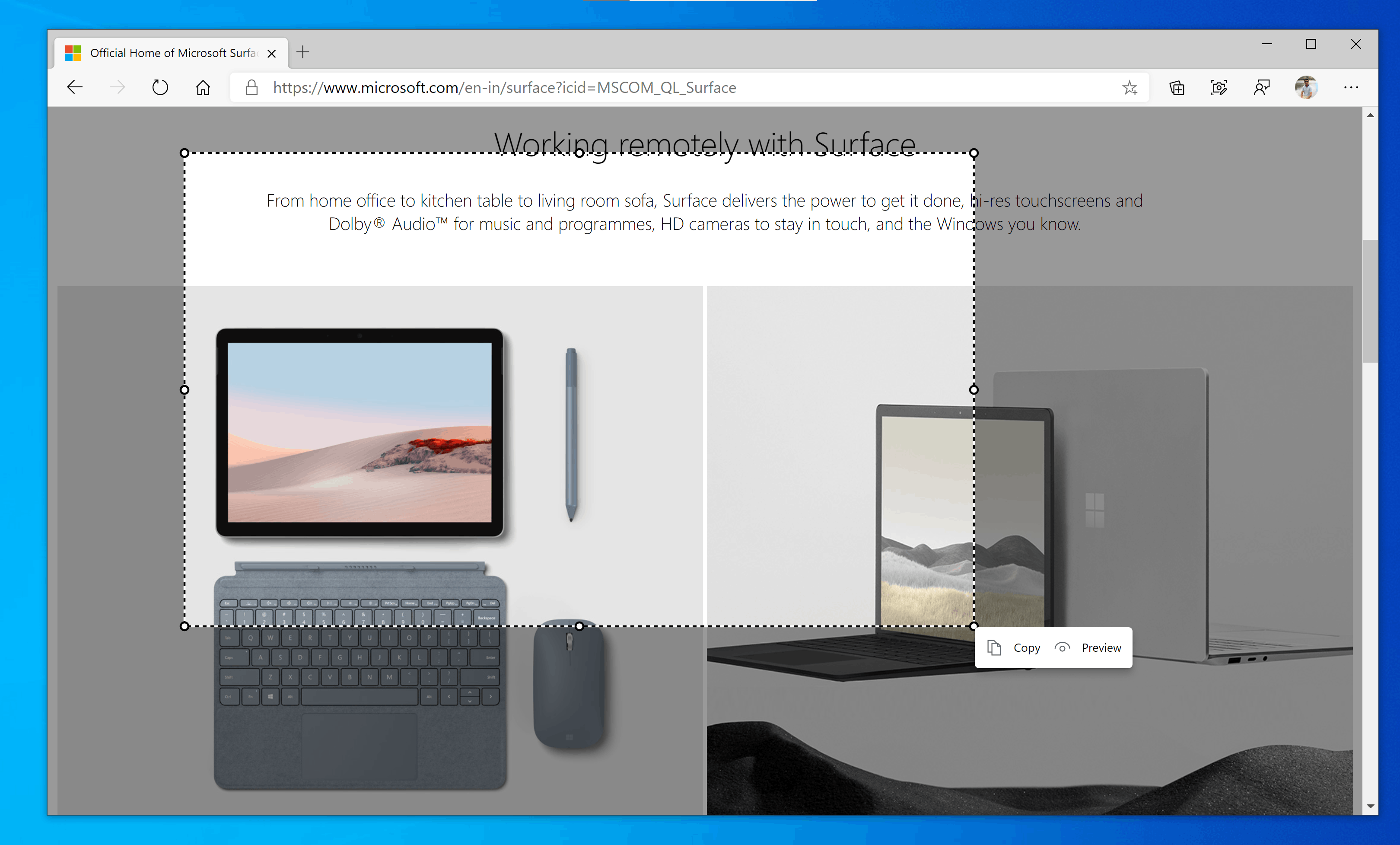 Since the release of the new Microsoft Edge, we have heard a lot of feedback about missing the web notes tool that allowed you to capture and mark up content across the web. Frankly, we’ve missed it too! But first, we wanted to make it better. While web notes was a great feature, there was also room for improvement. Many of you reported using it for capturing quick screenshots to copy or share, while others loved the ability to to mark-up full webpages with scrolling. So, we designed the new screenshot feature, web capture, with this in mind and are excited to introduce the basic screen capture functionality to our Dev and Canary builds. In the near future, you can expect to see more functionalities added to web capture, like adding ink or highlights to your captures, capturing full webpages, and scrolling while marking them.

So, Microsoft is reviving the ability to annotate web pages which was available in the Edge Legacy app, and is not available in its Chromium-based successor.