The Canary branch of Microsoft Edge is updated with a new feature. Microsoft is currently testing 'Web Capture', a new option that allows capturing and sharing a portion of a web page.

As spotted by @ALumia_Italia, it is available from the main menu. It allows selecting an area of the currently open web page. Once captured, the fragment appears in a preview dialog, and can be further shared, copied to the clipboard, or saved to the disk. The function is located in the main menu. 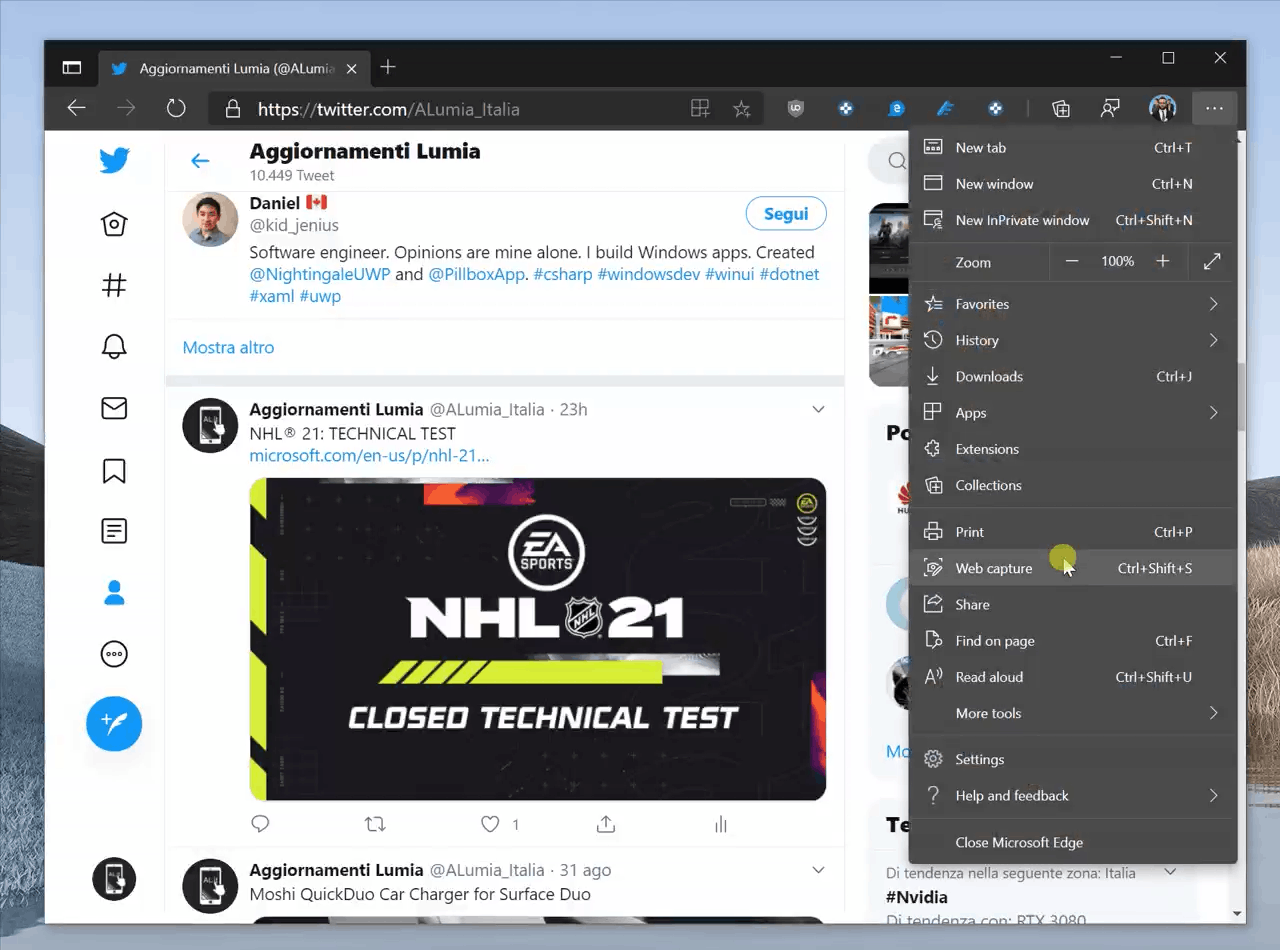 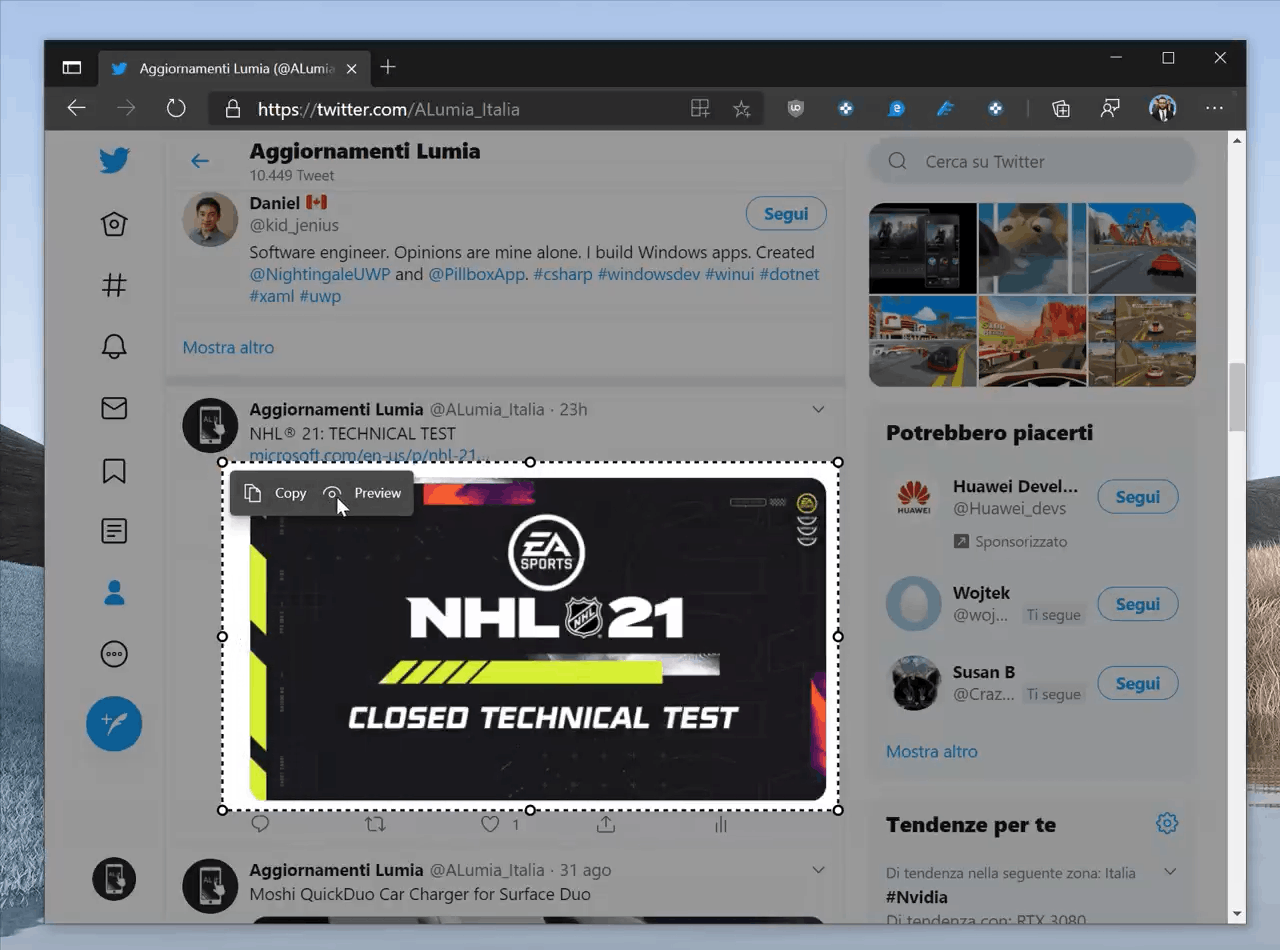 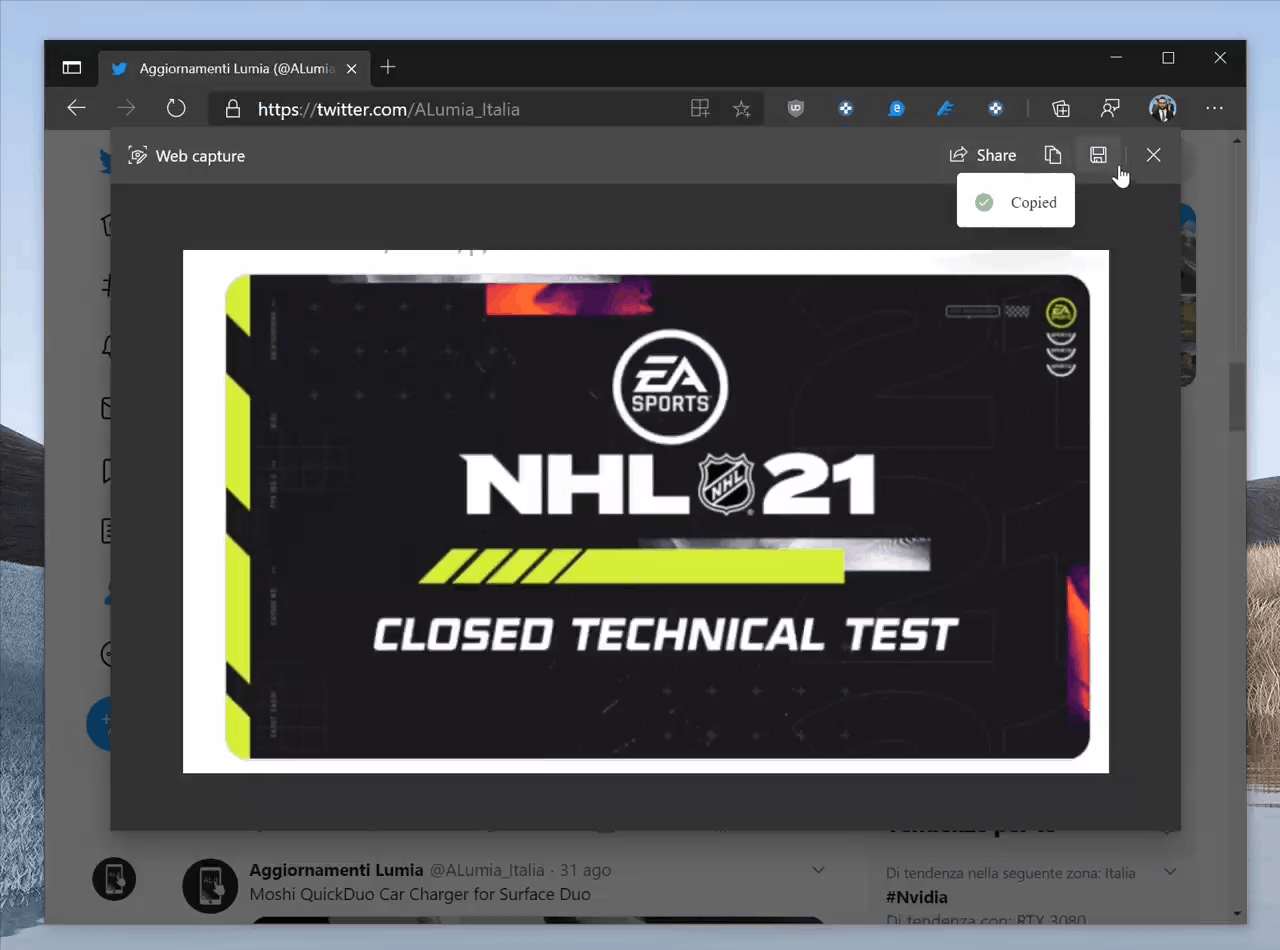 The following video demonstrates it in action:

Microsoft may be reviving the ability to annotate web pages which was available in the Edge Legacy app, and is not available in its Chromium-based successor. As mentioned above, it is under Controlled Feature Roll-out, so only a small select group of users is seeing it.