Since Microsoft changed the release model in Windows 10, users are interested in finding out which build of Windows 10 they have installed on their PCs. As you may already know, Microsoft is not going to release major versions of Windows any more but will ship updates constantly. This is reminiscent of the rolling release model of many Linux distros. If you are part of the Insider program, you need to be even more aware of which build you are using. Our readers regularly ask me how to find the Windows 10 build they are running. Today I will show how.

Press Win + R keys together on the keyboard. The Run dialog will appear. Type the following in the Run box:

In the About Windows dialog, you can see the build number: 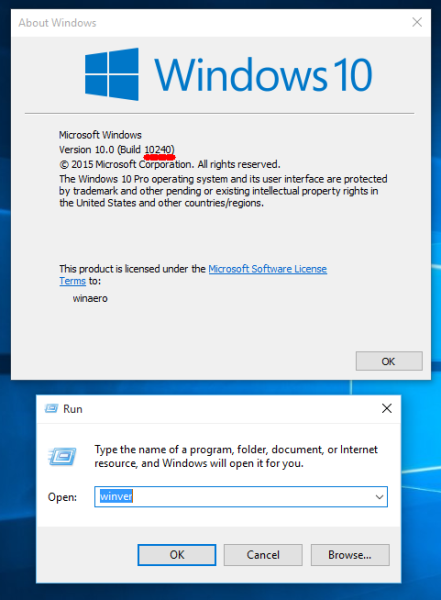 Open a command prompt in Windows 10. It will show the build number in the first row: 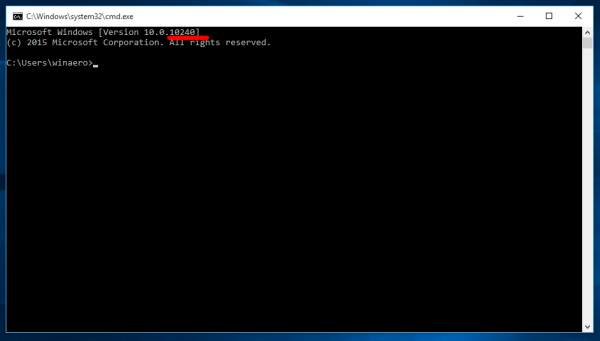 You can get more detailed information about your operating system by typing the following command:

Besides other useful info, it contains the current OS build number: 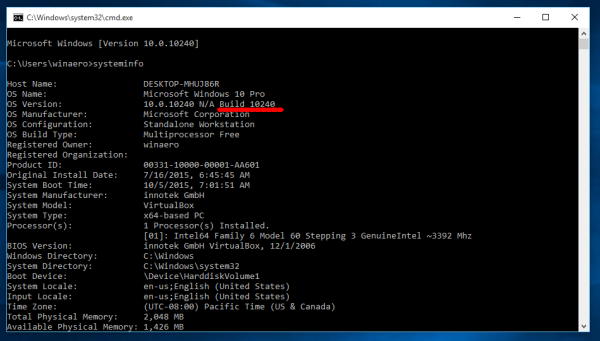 You can filter out the rest of the information and see only the build number using this command:

Find the Windows 10 build number in the Registry

The Registry contains the most comprehensive data about the build number and operating system version. To see it, do the following:

That's it. You are done.