Microsoft today released this year's first Insider Preview build of Windows 10. It is Windows 10 Build 21286, and it includes a few new features. The most notable change is the "news and interests" button on the taskbar.

The build comes from the RS_PRERELEASE, and is available in the Dev channel.

It comes with the following changes.

News and interests on the taskbar

Microsoft has added a new button that opens a flyout that reminds of the new tab page in the Edge browser. It contents is a new feed with weather forecast, and it updates dynamically throughout the day. 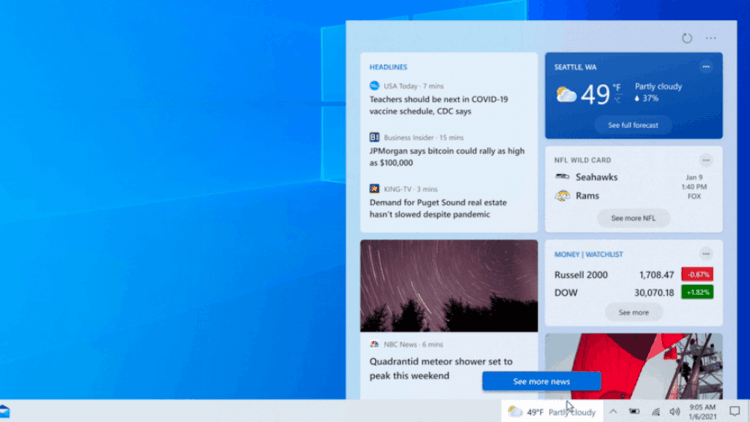 The company finds this solution a useful alternative to news apps, sites, and smartphone apps, as it allows you to see the actual info with one click without opening anything extra or switching to a mobile device. The official announcements says:

This feature is currently only available to Windows Insiders in United States, Canada, Great Britain, Australia, and India. It is an experimental feature, so it may look different on some devices.

Microsoft has added Storage Spaces options to Settings. It is no longer required to use the classic Control Panel applet for creating storage pools and storage spaces, adding, and removing disks, and optimizing pools. 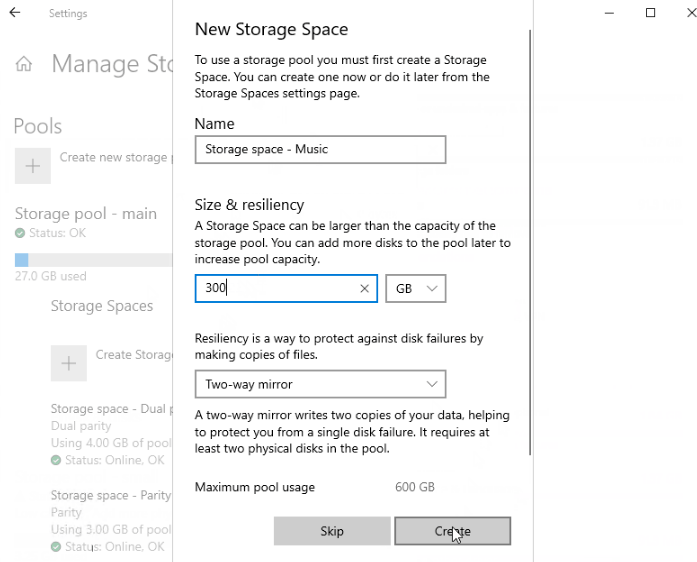 The /etc/wsl.conf file inside a WSL Linux distro now supports a new option named command under a section titled boot. This command will run every time you start this specific distro.

Fixes and known issues in build 21286