Microsoft today released a new experimental version of PowerToys, numbered 0.46. This update comes with the Video conference mute feature and includes everything that is available in the current stable version 0.45.

PowerToys is a set of small but useful utils that extend the functionality of the Windows shell and File Explorer. There is a PowerRun tool that combines powerful search with the app launcher, batch image resizer, batch file rename utility, FanzyZones that adds Windows 11-like window management to Windows 10, and much more. 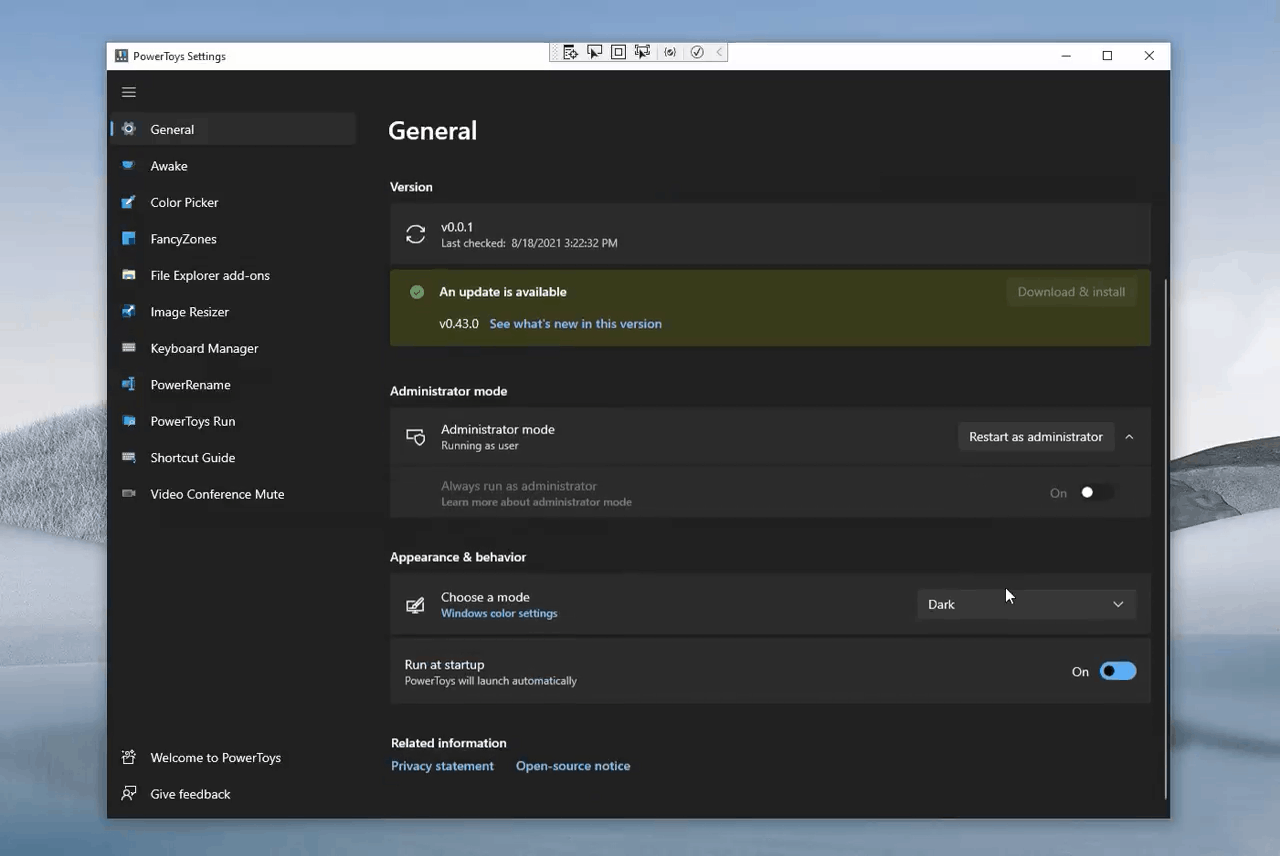 The two recent releases of  PowerToys match the latest redesign of built-in apps in Windows 11. The new Paint, Clock app, and even the Snipping Tool have received a new look and new features in pre-release builds of the OS, so the new look of PowerToys stands in line with that design.

It is worth noting that besides the fixes, there is a lengthy list of known issues. Read the carefully here. Also, keep in mind that experimental releases are for testing new features, and not indented to be your daily driver.

You can download PowerToys for free from GitHub. There, you'll find both stable and pre-release versions of the app suite.

Microsoft keeps PowerToys open-source. This allows independent developers and enthusiasts to contribute to the project. The app suite includes an automated update system. You can open its settings and click on "Check for updates" under the Updates section on the General tab to get the most recent version.