Microsoft PowerToys, a set of advanced tools to expand features in Windows, is now available to download from the Microsoft Store on Windows 11. Up until now, users could download the app from its official repository on GitHub, which is not the simplest or the most convenient option for many. With the arrival of PowerToys to the Microsoft Store, more users can access the app with a single click. 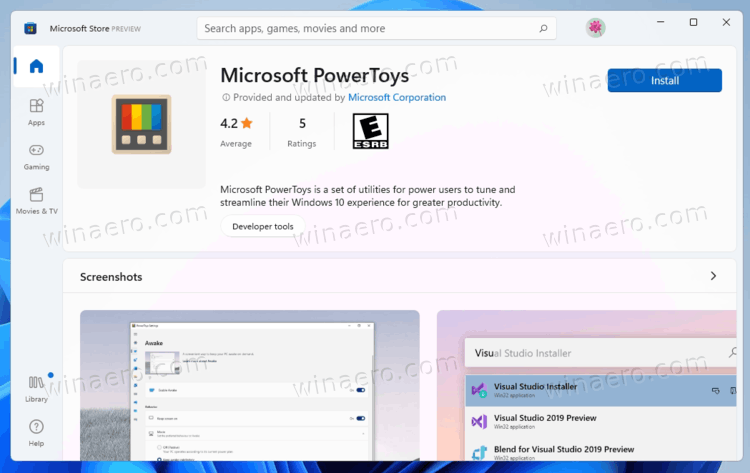 Note that PowerToys from the Microsoft Store currently works only on Windows 11. If you use Windows 10, the GitHub repository remains the only official source to get the set of utilities. We believe Microsoft will clarify the situation once the official announcement is out, which should not be too far from now.

For those unfamiliar, PowerToys is a project Microsoft released first back in the days of Windows 95. It was a kind of test field to trial advanced features before they became a part of the operating system. For example, the first iterations of PowerToys allowed users to change the display resolution without restarting the entire system (imagine restarting a PC just to change the screen resolution).

The modern take on PowerToys has various utilities, such as bulk file renaming, image resizer, app launcher, a tool to keep your computer awake, keyboard remapper, and others. Recently, Microsoft released an update with a redesigned UI that now looks on par with the Settings app in Windows 11. Also, PowerToys will soon expand with a new tool to mute webcam and a microphone on a system level. It is currently available in the latest experimental release.