Microsoft started rolling out a new firmware update for its dual-screen smartphone, Surface Duo. Unfortunately, this is just another lackluster update with no specific bug fixes or significant improvements. The changelog for September 2021 firmware update for Surface Duo consists of a single point with monthly security patches for Android. 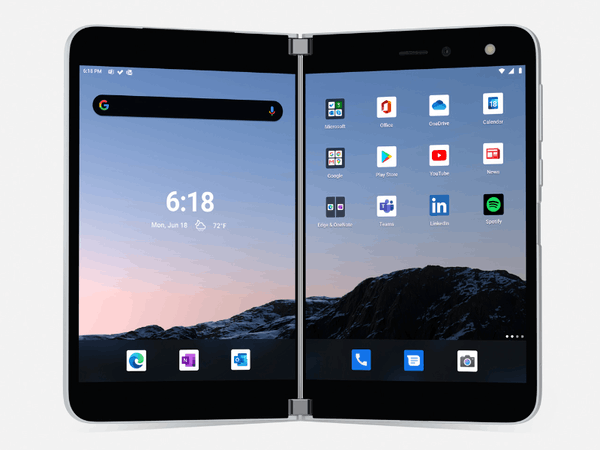 What is new in September 2021 firmware update for Surface Duo?

That's it. No device-specific fixes, no detailed patches, no new features, and no new Android. Surface Duo remains stuck on Android 10 with no system upgrades in sight. Microsoft clearly failed to deliver its promise to update Surface Duo to Android 11 this Summer. Perhaps, the company will share more information about software updates for its quirky dual-screen smartphone during the upcoming Surface event on September 22, 2021.

Rumors say Microsoft plans to unveil a second-gen Surface Duo with a flagship CPU, much better cameras, NFC, and other significant hardware updates. Alongside a new smartphone, expect a redesigned Surface Pro, a third-gen Surface Go, and a new high-performance laptop to replace the aging Surface Book.

Surface Duo is not the only device to receive September 2021 firmware updates. Microsoft also released updates for the second-gen Surface Go and third-gen Surface Book. According to the official documentation, Microsoft will continue providing software support for Surface Duo until September 10, 2023. That includes security updates and Android upgrades. Unfortunately, it has been a year since the release of Surface Duo, and Microsoft is yet to deliver the first major software update.