Microsoft is actively working on the next update for its set of utilities called PowerToys. Version 0.33 will bring several improvements to existing tools, such as PowerToys Run. Clint Rutkas, the PowerToys lead developer, shared more info about what is coming with the release 0.33.

PowerToys 0.33 will bring customizable modules to the Run launcher. This change will allow you to exclude unwanted plugins from the global search results and change each module's activation phrase.

Currently, PowerToys Run enables you to search for files on your computer, launch programs, open webpages, execute commands, or do mathematical calculations. If you do not need some of these features, look out for PowerToys Run 0.33. It will be out soon in preview. Its source code is already added to the main dev branch of the app. You can see the changes in action on the screenshot below. 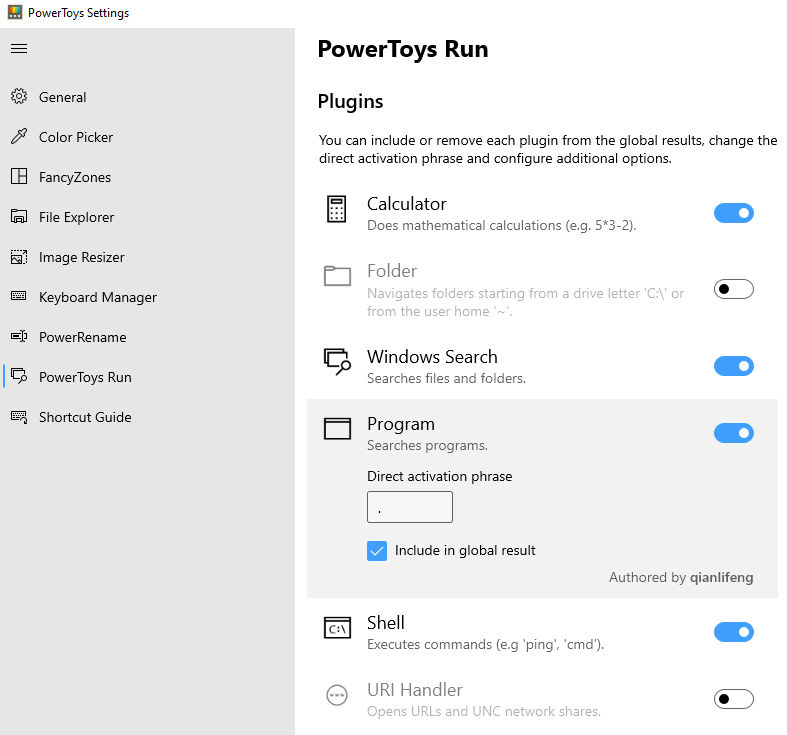 In addition to PowerToys Run improvements, Microsoft prepares several new modules. For example, the videoconference tool for global control over microphone and webcam (this feature is available right now in the experimental release with the scheduled release in the coming weeks). Also, there is a new out-of-box experience in the works.

PowerToys for Windows 10 is a modern take on ancient software from the Windows 95 era. Microsoft uses this application to test some advanced features that improve the stock user experience. Around 25 years ago, Microsoft used PowerToys to test capabilities that are now part of Windows. For example, changing screen resolution without the system reboot. As more users try new features and share their feedback, Microsoft may decide to integrate them into Windows.

You can download the latest stable release from the official GitHub repository.