Microsoft is now releasing PowerToys 0.18 with a Spotlight-like launcher app for Windows 10. The tiny app is intended to become a powerful addition to the classic Run dialog with a number of unique and useful features. There is a new Keyboard Manager tool, and automatic update system, too.

The new tool, PowerToys Run, is intended to take over the existing Win + R shortcut, providing a new Run command with extra options like  quick search for apps, files, and docs. It supports extensions to get features like a calculator, dictionaries, and online search engines.

The tool can be opened using a global hotkey, Alt + Space. It opens the following dialog, that allows searching for an app, document, or folder. 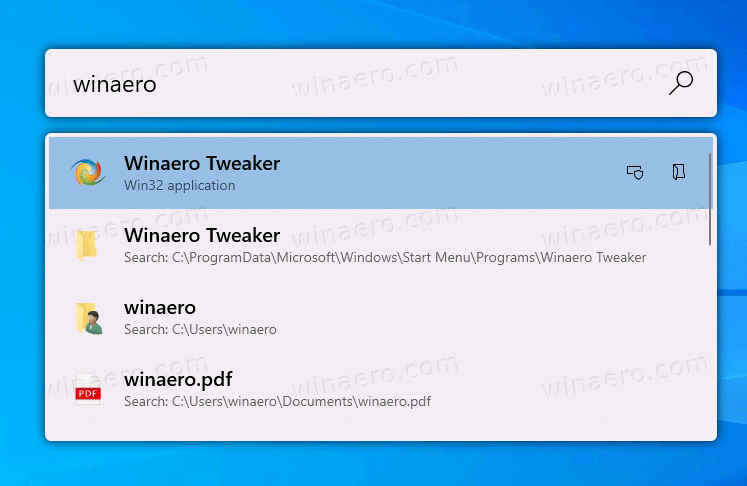 As of this very first implementation, there are no search engines or other extra plugins included yet.

Keyboard Manager is a tool that allows remapping any key to a different function. It can be configured in the main PowerToys dialog. 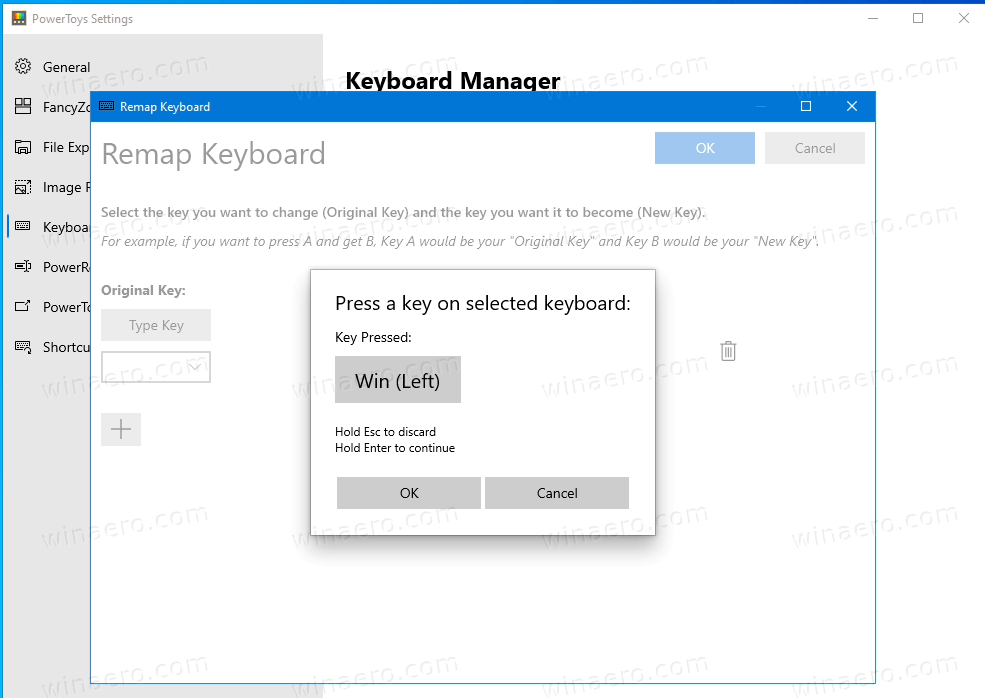 It allows you to remap a single key, or a key sequence (shortcut). This is a convenient way to change what hotkeys do in the OS.

Version 0.18 is the first PowerToys release to feature the auto-update option. The suite now will install new versions automatically, keeping its apps up-to-date. 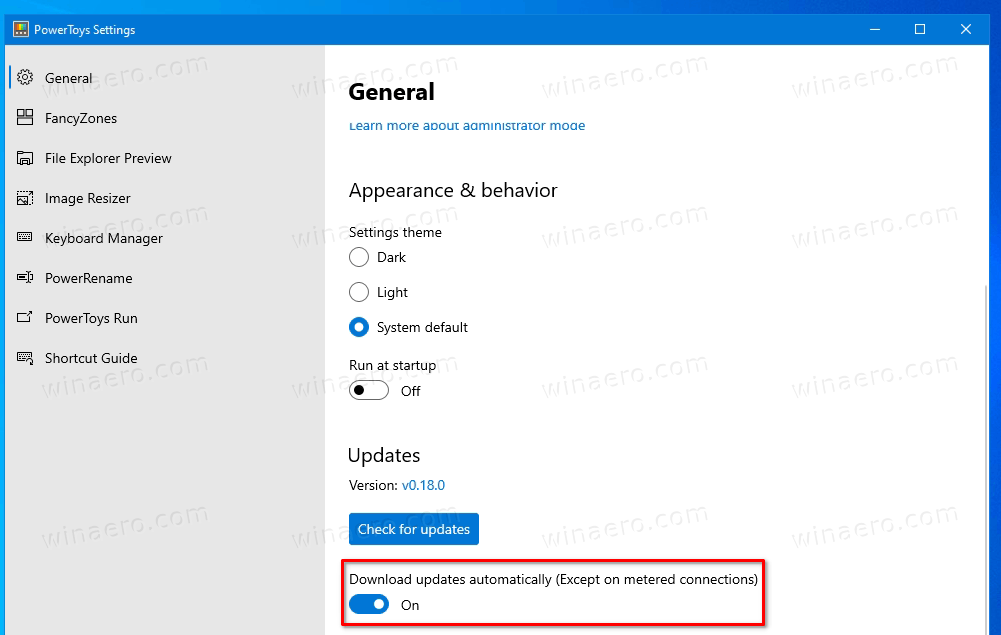