Earlier this week, Microsoft started rolling out an update for its OneDrive client for Mac. This update is bringing some under-the-hood changes but also includes a new UI flyout, similar to the one Microsoft is testing with Windows 10 users right now. The new flyout shows all of your recent OneDrive activity in one place and also allows you to quickly jump to Sync settings or open the main folder. There are also some improvements to the overall sync speed but developers aren't saying much. They are only stating that OneDrive is now "faster than ever before". 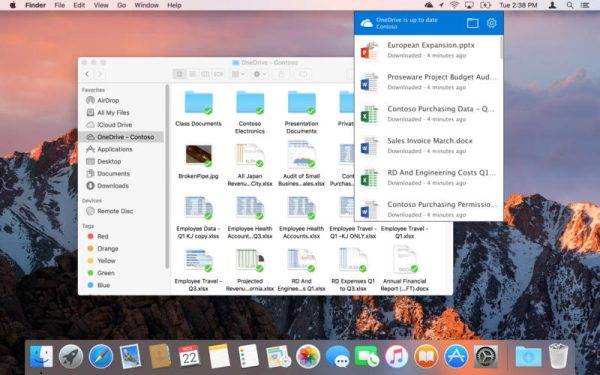 There are some fixes to the most popular issues and overall experience improvements here and there. Check out the full change log for this update (version 17.3.6720.1207):

So as you can see, this update can clearly be considered as a major one. With a new UI coming to both Mac and PC versions, Microsoft is clearly working on making their products look familiar no matter which OS you are using them on.

The update is available from the Mac AppStore if you have the OneDrive client itself installed. If you haven't tried it yet, you can always install it from this page.