Right after announcing that Cortana will be available on devices running Windows 10 IoT Core, Microsoft has announced a few tools for developers to start creating and testing the new experiences in their projects. However not all of the devices that can be used to interact with Cortana are running Windows 10 or have a screen, so Microsoft has announced a separate SDK for developers to integrate the digital assistant with them. 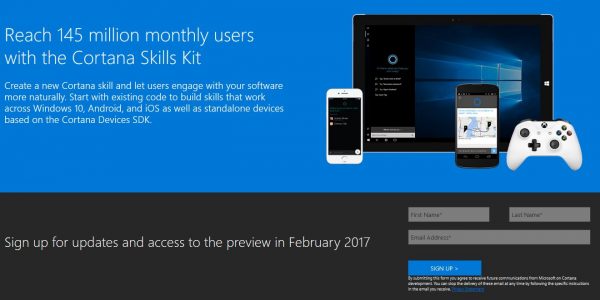 The company is already working with some of its partners to bring Cortana to new device types and categories, including car automatization kits. The Cortana Devices SDK is already said to have support for Windows 10 IoT, Linux, Android and other platforms and might add more in the near feature with help from the open-source community.

Cortana Devices SDK is currently in private testing and will be available to everyone some time in 2017. You can already sign up to receive all of the latest news on the topic and be one of the first users when it's available.