In Windows 10, Microsoft replaced the good old calculator with a new Modern app. Microsoft has opened its source code, that allows the app to be ported to Android, iOS, and Web. The recent update to the app adds improvements to Trigonometry functions.

The new update adds a dedicated drop-down list for Trigonometry functions. Also, there is a new "functions" option that allows to managing relations between data sets.

Before (left) and after (right): 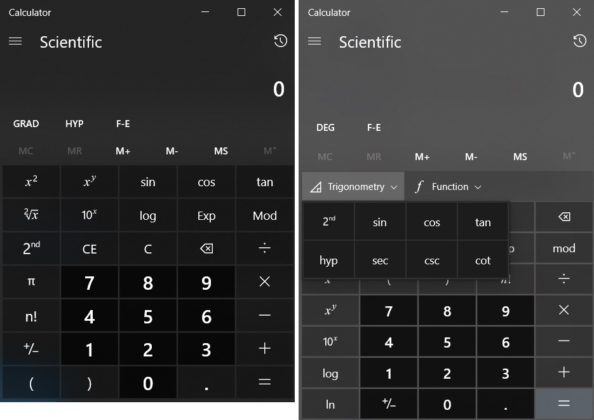