Microsoft has announced a new widget for the built-in Xbox game bar feature of Windows 10. The widget renders real-time resource consumption, and allows quickly finding and terminating a resource-hungry process without leaving the game.

You can customize the Xbox Game Bar to seamlessly jump between your game and your favorite gaming activities. For your convenience, it displays a number of overlay buttons. 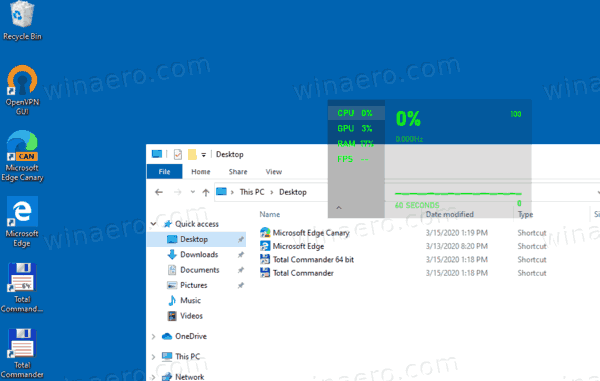 In addition to those, Microsoft has added a new Resources widget, that implements a simple resource monitor accessible within the game. It shows which apps are using up system resources, and it also lets you shut them down without leaving your game. The default view makes it quick and easy to identify top offenders, or switch to the advanced view for more details. 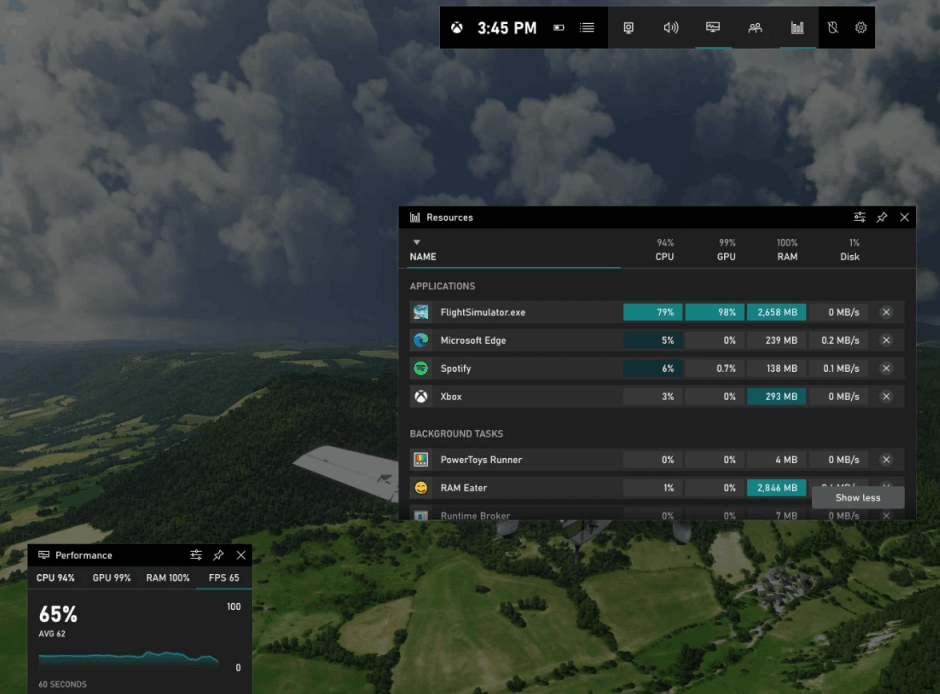 Besides that, Microsoft has also updated the Performance widget. It can now accurately monitor GPU Utilization and GPU Memory (VRAM) usage, and you can customize which metrics you track through the widget’s settings.