Microsoft has ported yet another feature of the classic EdgeHTML app to its modern Chromium-based successor. Now it is possible to pin the Favorites bar, so the flyout will stick to the right edge of the browser and remain visible on the screen.

The change has already available to everyone who is using Edge Canary releases. If you have the latest Canary build of Microsoft Edge, you should see a tiny pin icon in the Favorites flyout. 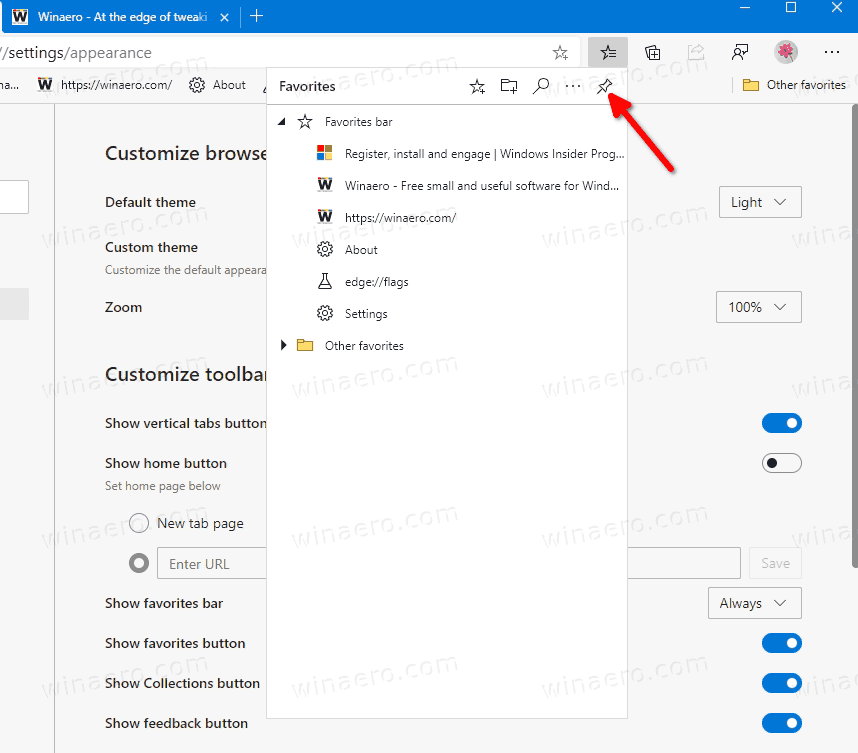 Once you click on it, Favorites will appear as a sidebar on the right. 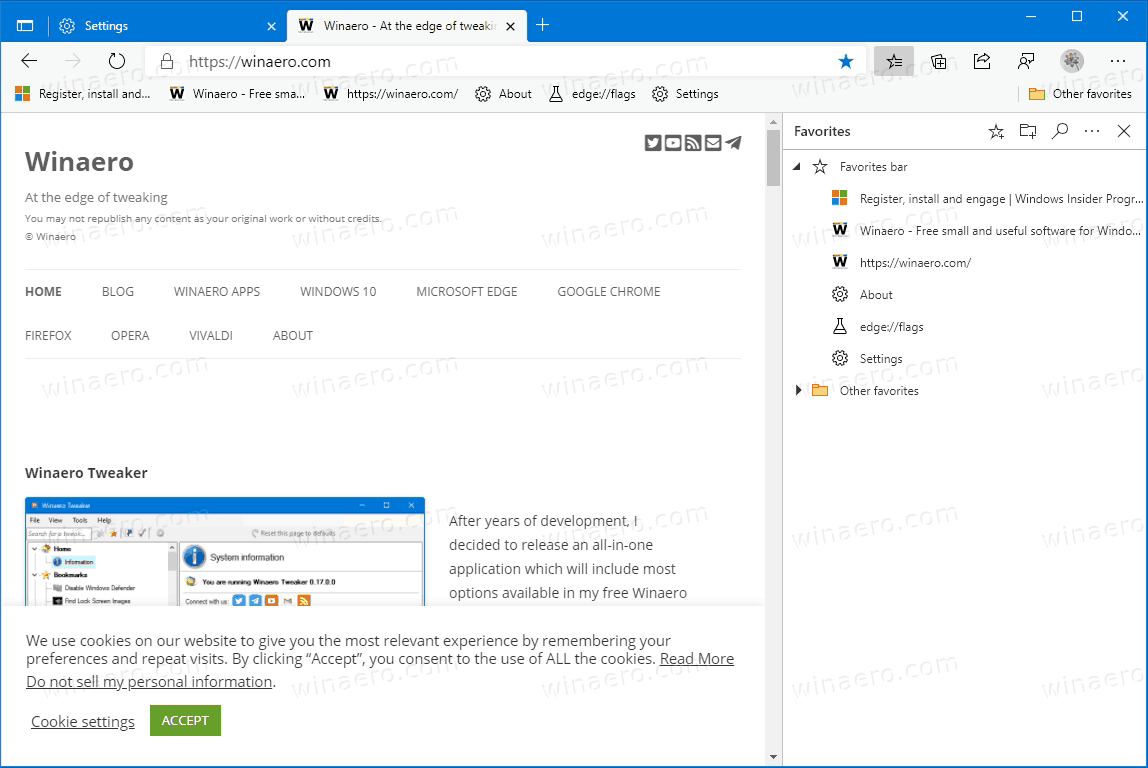 For pre-release versions, Microsoft is currently using three channels to deliver updates to Edge Insiders. The Canary channel receives updates daily (except Saturday and Sunday), the Dev channel is getting updates weekly, and the Beta channel is updated every 6 weeks. Microsoft is going to support Edge Chromium on Windows 7, 8.1 and 10, alongside macOS, upcoming Linux and mobile apps on iOS and Android. Windows 7 users will receive updates until July 15, 2021.