In this article, I would like to share with you a useful way to define aliases for the command prompt. The method described in this article works in all modern Windows versions including Windows 10, Windows 8.1, Windows 8 and Windows 7. By following the steps below, you will be able to define any desired alias to extend the functionality of the default command processor (cmd.exe) and save your time.

Using DOSKEY, it is possible to save your time and define an alias which will allow you to omit the requirement to enter the drive letter and the /D switch. For example:

The following are some special codes in Doskey macro definitions:
$T Command separator. Allows multiple commands in a macro.
$1-$9 Batch parameters. Equivalent to %1-%9 in batch programs.
$* Symbol replaced by everything following the macro name on the command line. We used it in our alias.
Now, we can compare the results without the alias and with the alias.
Without the alias, the cd command will not change the active drive: 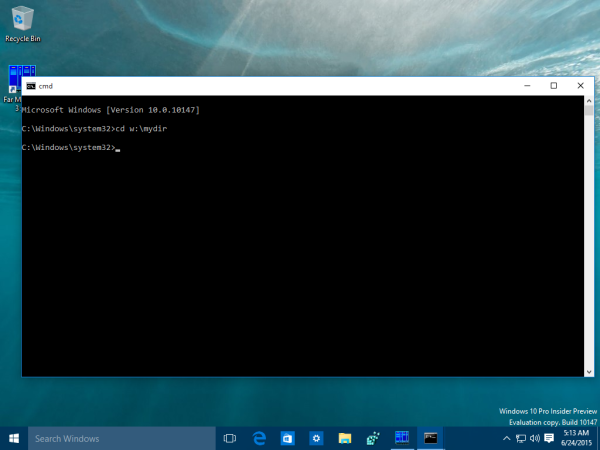 With the alias created with DOSKEY, the command prompt will change the active drive and the current folder automatically: 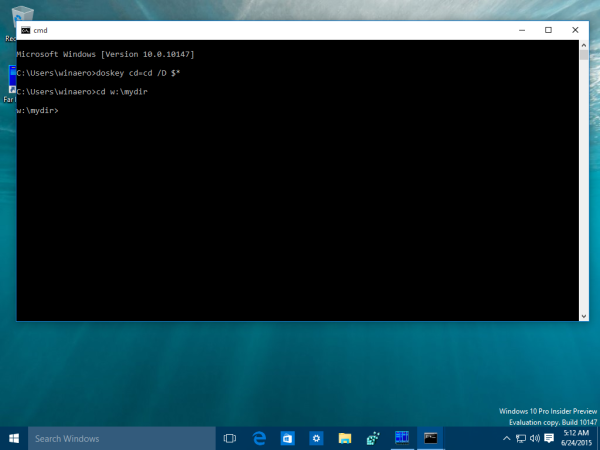 This is very useful.

Using DOSKEY, it is possible to define your own aliases. For example, you can create the LS alias for the DIR command to use a common command for directory listing in Windows and Linux. As you may or may not be knowing, LS is a default file listing command in the Linux operating system. 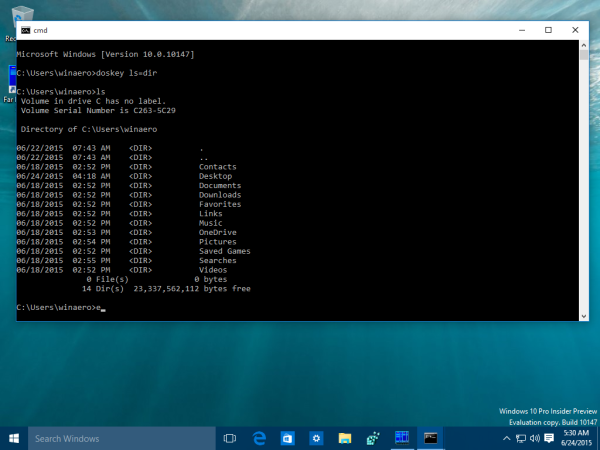 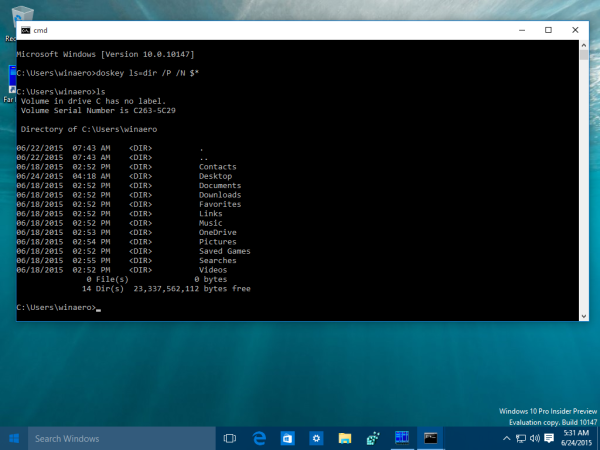 The problem with aliases is that they work only for the command prompt instance where you have defined them. To avoid this issue, you can create a new shortcut to cmd.exe or even modify the default one. You need to add the following parameters after the cmd.exe part:

Here the file c:\apps\cmd\aliases.cmd is a regular batch file which contains the appropriate DOSKEY calls. 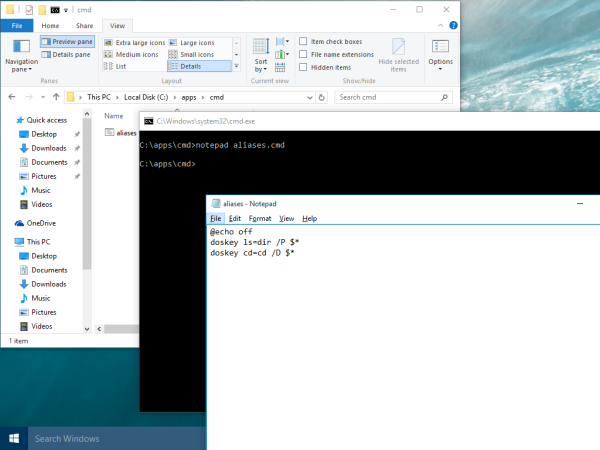 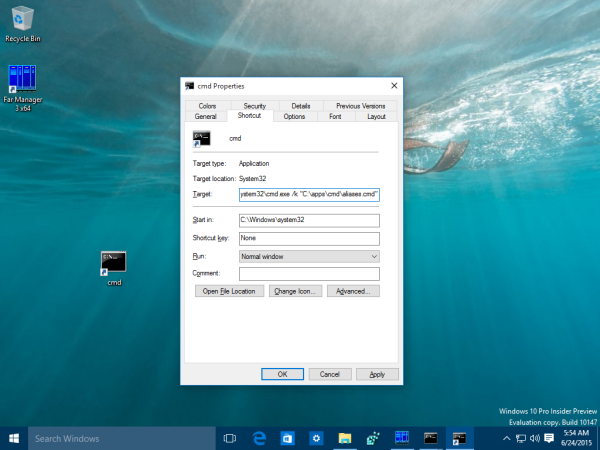 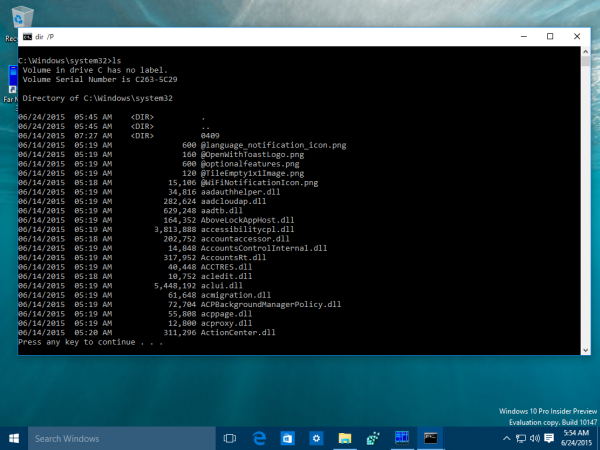 Besides the command prompt, Windows allows defining your own aliases for the Run dialog as well. Refer to the following article: Launch your favorite apps with useful aliases from the Run dialog

That's it. This is a very useful way to define your own command or change the behavior of default commands. I am using these aliases since a very long time. What about you? Are you using aliases in the command prompt or were you not aware of this feature?