The command prompt in Windows 8 and Windows 7 is the shell environment where you can run text-based console tools and utilities by typing commands. It's UI is very simple and does not have any buttons or graphical commands. But it provides a set of useful hotkeys. Today, I would like to share this list of command prompt hotkeys available in Windows 8 and Windows 7. They should also work in Windows Vista or Windows XP.

Down arrow key - scrolls the command history in the order in which they were entered in one session, meaning, the down arrow key's order of cycling through commands is opposite to the Up arrow key.

F7 - shows your command history as a list. You can navigate this list by using Up/Down arrow keys and press Enter to execute the selected command again: 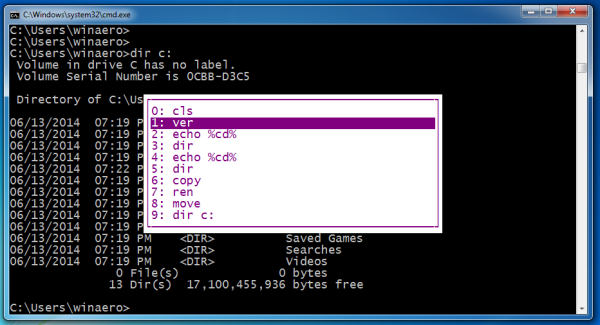 Tab - auto-completes the file name or directory/folder name. For example, if you type c:\prog in the command prompt window and then press the Tab key, it will be replaced with "c:\Program Files". Similarly, if you are at C:\ and you type, CD C:\Win and press the Tab key, it will be auto complete C:\Windows for you, This is a very useful key and can be customized from the Registry. You can even set separate keys for filename completion and directory completion.

F2 - repeats the previous command in history from the beginning up to the specified character. For example, I have dir c: in my history. I can locate it in the history using the Up arrow. 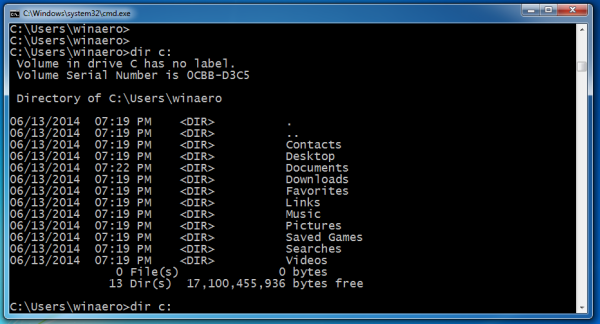 Then if I press Esc to clear the input and press F2, it will ask me for char to copy up to: 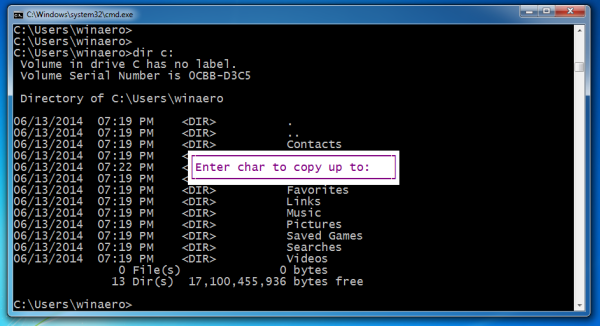 To copy only the portion of the command up to "dir", enter space bar (space) as the character to copy up to. 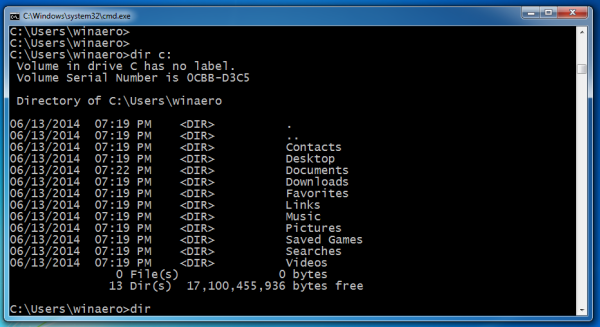 F3 - repeats the previously typed command. It acts like the Up arrow key, but repeats only one command. 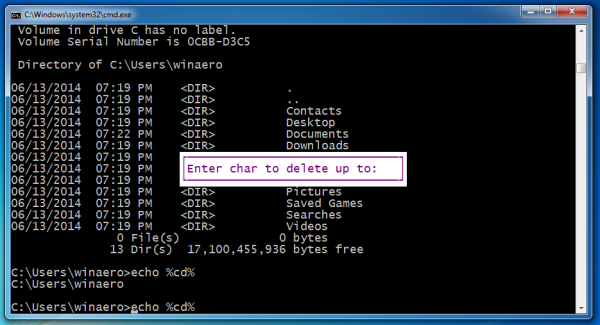 In the example above, the cursor is located at "e" char, so when I specify "o", it will delete the characters "ech": 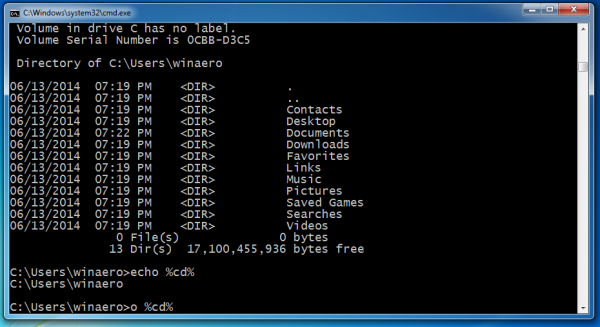 Alt+F7 - clears the command history. All your input history will be erased.

F8 - moves backwards through the command history, but only display commands which begin at the specified character. You can use this option to filter your history. For example, if you type cd at the input line and then press F8, it will cycle through only those commands in your history which begins with "cd".

F9 allows you to run a specific command from the command history. It requires you to enter the command number, which you can get from the history list (F7): 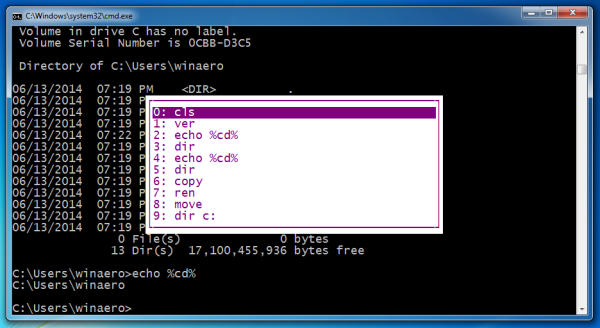 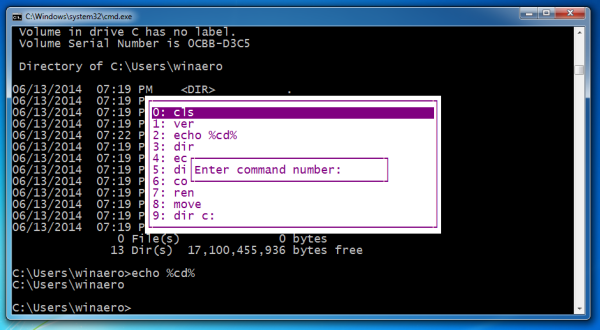 Ctrl + Home - deletes all the text to the left of the current input position.

Ctrl + End - deletes all the text to the right of the current input position.

Ctrl + Left arrow - moves your cursor to the first character of each word towards the left.

Ctrl + Right arrow - moves your cursor to the first character of each word towards the right.

Enter - Copies the selected/marked text. You can mark text by single clicking the Command prompt icon in the title bar and then choosing Edit -> Mark. After clicking Mark, you must select text by drag and drop using the mouse or by using Shift+Left/Right arrow keys. If Quick Edit Mode is turned on from Properties, then you only need to directly drag and drop, there is no need to go to Edit -> Mark.

Insert - Toggles between insert mode and overwrite mode at the current cursor position. In overwrite mode, the text you type will replace any text following it.

Home - Moves to the beginning of the command

End - Moves to the end of the command

Alt+Space - shows the window menu of the Command Prompt. This menu contains very useful functions under the Edit submenu besides Defaults and Properties. Regular window shortcuts also work, so you can press Alt+Space and then C to close the command prompt window instead of typing Exit.

That's it. If you know more hotkeys, you're welcome to comment.