We will review different way to open Windows Terminal in Windows 11. It has become the default console tool, replacing the classic command prompt and its successor, PowerShell. Actually, it doesn't replace both, but unifies them under the new, modern and useful UI.

Here is how you can open Windows Terminal in Windows 11. We will review several methods of launching the app, including the Start menu, Search, the Run dialog, and File Explorer. Other methods involve the Task Manager app, and the Win + X menu.

Tip: Working with Windows Terminal quite often requires an Administrator access level. Learn how to "Run as Administrator" in Windows 11 using our dedicated guide.

Tip: If you plan to work with Windows Terminal frequently, pin the app to the taskbar so that you always have it nearby. Launch Windows Terminal using any of the methods in this article, then right-click its icon and select Pin to Taskbar. 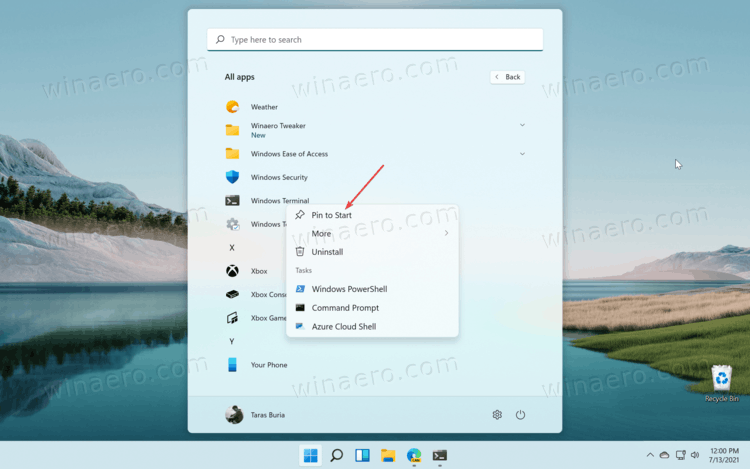 You can also use the Win + X menu in Windows 11 to launch different utilities, such as Task Manager, Device Manager, Disk Management, and Windows Terminal.

Finally, you can open any folder in Windows Terminal using the built-in command, or add a set of custom commands to open it directly in the required profile and/or as Administrator. 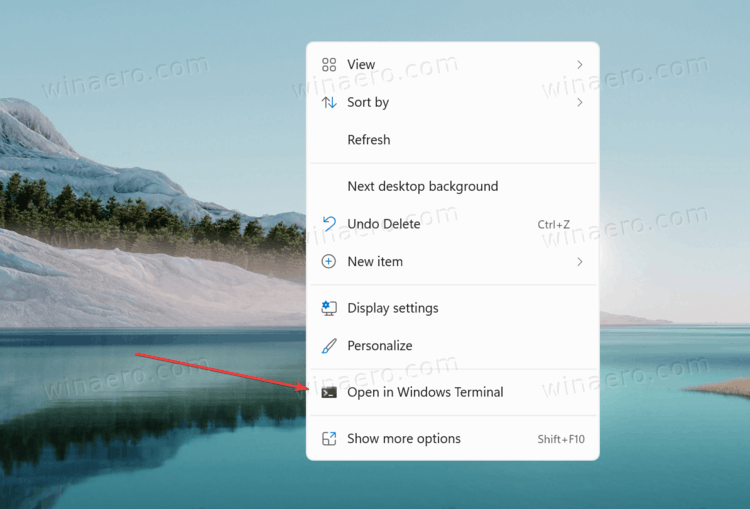 Note that the previous method does not allow you to run Windows Terminal as an Administrator. Also, you cannot select a profile other than the default one. You can change that using Winaero Tweaker. It allows you to place a Windows Terminal option with different profiles in cascading menus in Windows 11.

If you don't like the idea of using Winaero Tweaker, there are also ready-to-use Registry files that are available in the following blog post for the regular menu commands, and in this one for elevated.

That is it. Now you know all the ways to open Windows Terminal in Windows 11.