As promised earlier this year, Mozilla Foundation released the Firefox browser in the Microsoft Store. It is now available to download on computers running Windows 10 and 11. 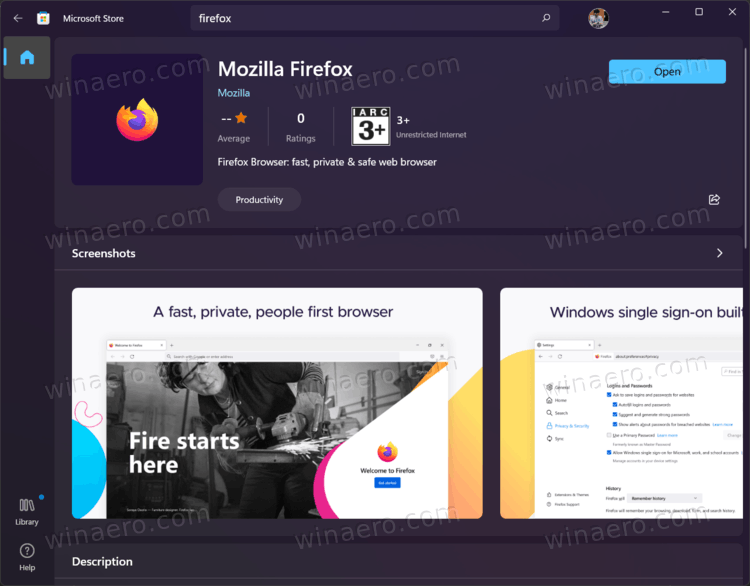 A couple of months ago, Opera and Yandex released their respective Chromium-based browsers in the Microsoft Store.

Allowing third-party browsers with various rendering engines is a big deal for Microsoft on its long and hurdle-filled journey to make the Microsoft Store a trusted place for users to get their favorite apps.

After almost a decade of numerous attempts to make the Microsoft Store more appealing to developers and customers, Microsoft decided to make radical moves and significantly change its policies.

And it looks like that move is already paying off with various popular developers pushing their apps to the Microsoft Store. While Chrome is currently not available to download from the Store, you can get popular apps, such as Discord, Epic Games Store, Firefox, and many others.

A more accessible store is a huge improvement for customers and developers, but they still need to deal with some of Microsoft's shenanigans.

Sadly, that hack is not available in the Microsoft Store version of Firefox. Mozilla ships Firefox packed into the MSIX format, which has certain limitations, so it must be the reason. 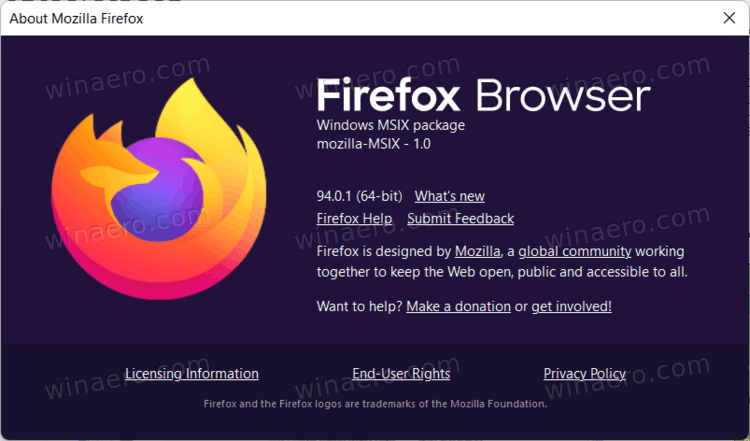 You can download Mozilla Firefox from the Microsoft Store using this link.

There is no denying that the Microsoft Store is now getting better and better with each day. Still, Microsoft has a lot of things to fix before it can confidently say the store is "a safe place to get your favorite apps." The Microsoft Store remains full of crappy, misleading, and harmful "apps" that abuse popular names.

Try to search for Firefox, and the first thing you will see is a bunch of premium "guides" for the browser. The same goes for other apps and services. At least you can now find the genuine Firefox browser, so we've got that goin' for us, which is nice.