The Xbox Game Pass Beta app, which works as an access point to Microsoft’s cloud gaming service Project xCloud, has received a new update with quite a significant change. Now Surface Duo owners can run games from the cloud in dual-screen mode with the image on the top screen and touch controls on the bottom screen. Microsoft demonstrated these capabilities back in 2019 when the company unveiled Surface Duo. It took quite a while for Microsoft to ship Surface Duo and even more to deliver the promised gaming experience. It looks like the wait is almost over as the promised update is now available in the Beta app. 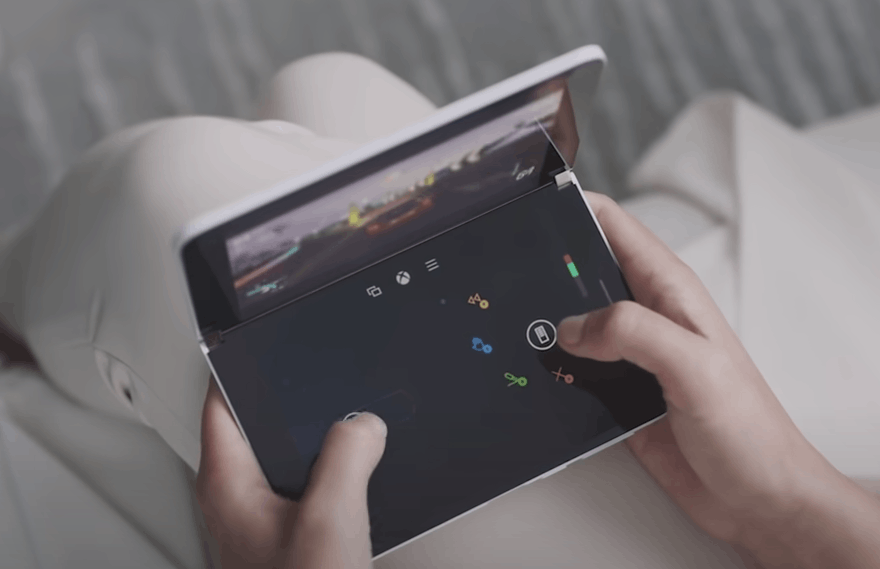 This is a major change to Project xCloud on Surface Duo. Spanning the app gives you a much more convenient layout without obscuring the screen. Although touch-based controls are not that good as traditional controllers, a fresh update to the Xbox Game Pass Beta app turns your dual-screen smartphone into a portable console. Gaming on such a device will be more convenient than on a traditional phone.

It is also worth mentioning that touch-based controls are dynamic, which means they adapt to the game you play and to what is happening on the screen. This, though, requires additional optimizations from developers. Microsoft is actively working on expanding the list of touch-optimized games, so you can be sure more games will join it later. Every month, Microsoft adds new games to the Project xCloud catalog, and existing titles receive touch-based controls.

There is currently no info from Microsoft on when the new version will become available. It will take the company a few more weeks before the public release. Meanwhile, you can download the Xbox Game Pass app from Google Play Store.

Besides optimizing the Xbox Game Pass app for dual-screen devices, Microsoft is working on bringing Project xCloud to PCs with some advanced capabilities, such as touch and gyro controls. Moreover, the service is coming to iOS-devices as well in form of a PWA app.