It is no secret any more that all modern CPUs released are affected to some extent by a serious issue because of their fundamental design of doing aggressive speculative execution. Specially malformed code can be used to steal the private data of other processes, including sensitive data like passwords, security keys and so on. In this article, we will see how to disable the Meltdown Fix on AMD CPUs After Installing KB4056892.

If you are not aware about the Meltdown and Spectre vulnerabilities, we have covered them in these two articles:

In short, both Meltdown and Spectre vulnerabilities allow a process to read the private data of any other process, even from outside a virtual machine. This is possible due to the implementation of how their CPUs prefetch data. Meltdown affects Intel CPUs whereas Spectre affects all CPUs. This is not some vulnerability that can only be fixed by patching the OS. The fix involves updating the OS kernel, as well as a CPU microcode update which would be done by a UEFI/BIOS/firmware update for most devices, to fully mitigate the exploits. 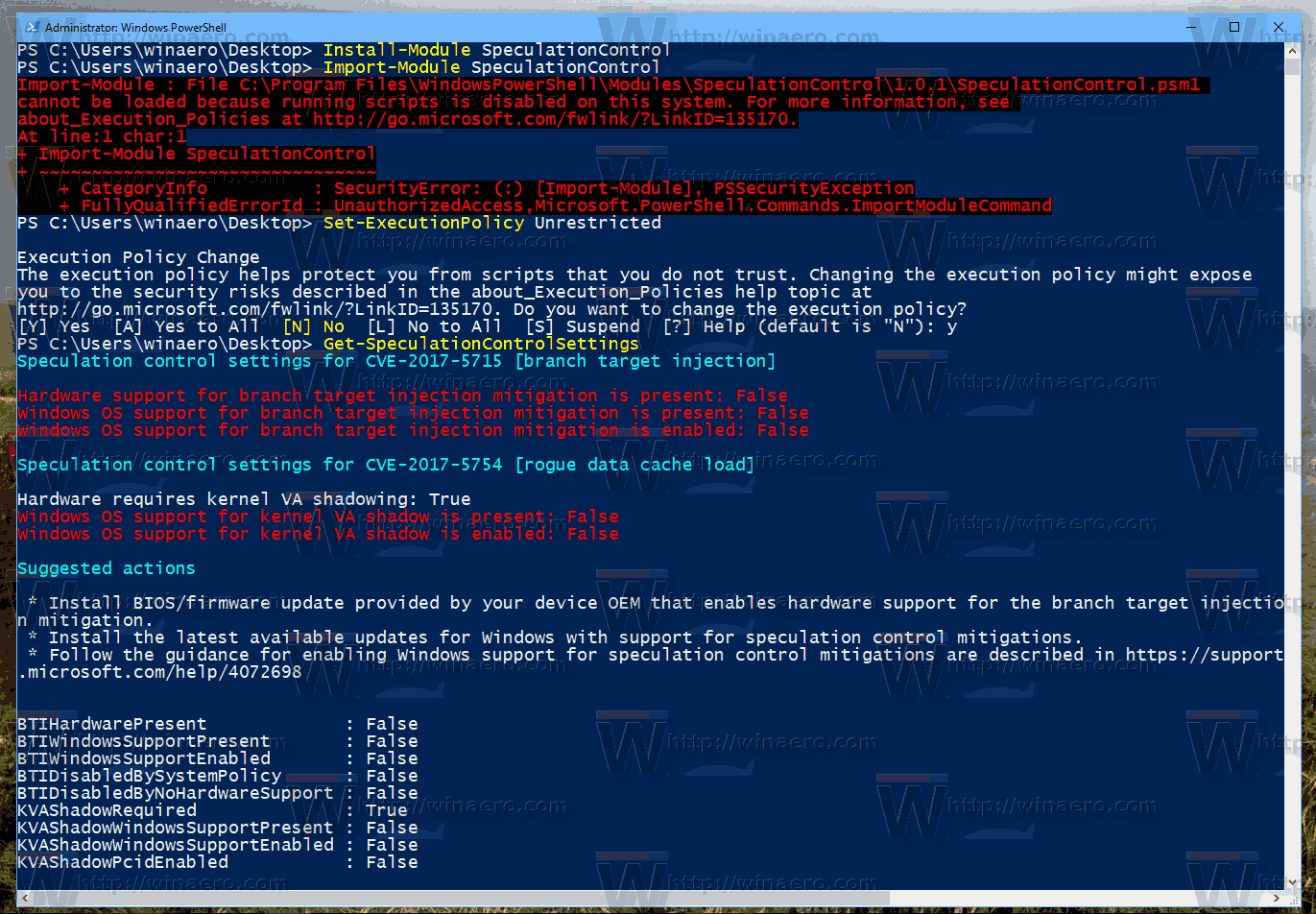 Recent research indicates that some ARM CPUs are affected as well by these vulnerabilities, related to speculative execution.

Microsoft has already released a set of fixes for all supported operating systems. Mozilla has issued an updated version of Firefox 57, and Google will protect Chrome users with version 64.

For the current version of Google Chrome, you can enable extra protection by enabling Full Site Isolation.

The Meltdown vulnerability and AMD CPUs

AMD CPUs are not affected by the Meltdown vulnerability. However, depending on the usage scenario, the fixes released to the operating system can cause notable performance slow down. Also, there are reports coming from AMD CPU users that the Windows patch, KB4056892 is causing serious issues for them.

While one can quickly uninstall the appropriate update package, which is KB4056892, there is also a Registry tweak you can apply to disable the Meltdown fix.

This could improve your computer's performance.

Now, you can use the PowerShell script to see the protection state as described in the article:

In the output, see the following lines:

The line "VA shadow is enabled" should be False.