It is possible to adjust the size of these thumbnails. Here is how.

To change the taskbar preview thumbnail size in Windows 10, do the following:

This will change the taskbar preview thumbnail size in Windows 10. See screenshots below.
Before:

To restore the defaults, just delete the above mentioned MinThumbSizePx and ManThumbSizePx values. Don't forget to restart the Explorer shell.

If you would like to avoid Registry editing, here is good news for you. In the past, I created a freeware tool called Winaero Tweaker, One of its options is "Taskbar Thumbnails". It can tweak and change many hidden secret taskbar thumbnail parameters which cannot be changed via the Windows 10 GUI. Using it, you can change the taskbar preview thumbnail size just with a few clicks. 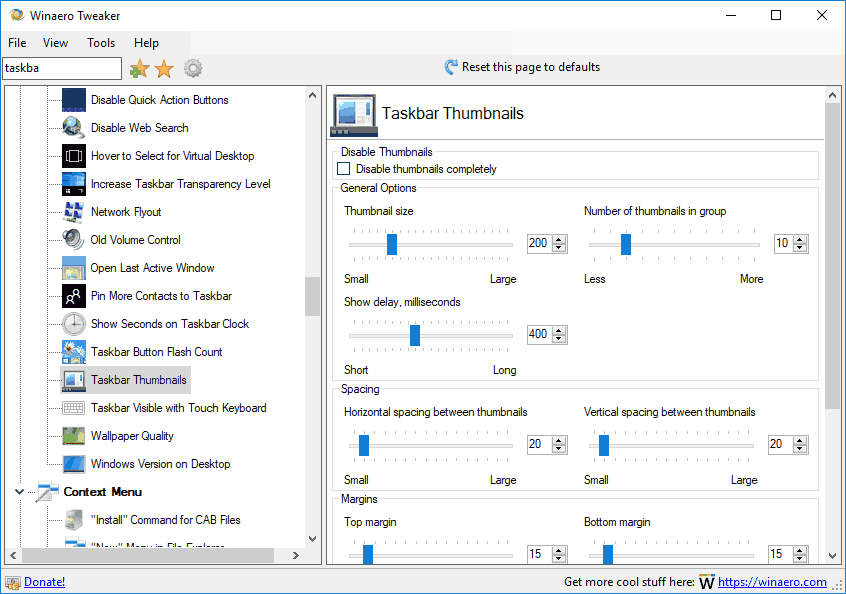 It can control all mentioned parameters in the article and many more. Using this tool, you will be able:

You can download Winaero Tweaker from here. It works in Windows 10, Windows 8 and Windows 7 without issues.