In Linux, I use a semi-transparent terminal app. It does not add any functionality as such to the terminal, but gives a fancy appearance to my console. With Windows 10, Microsoft added the same ability to the good old command processor, cmd.exe, and PowerShell. It's a lesser known feature that you can change the transparency level on the fly for the current window with hotkeys.

In Windows 10, the command prompt was significantly updated. It has a LOT of new features which make it really useful. These include an extended set of hotkeys such as:

Besides these usability improvements, the command prompt also received some appearance enhancements. You can make it transparent. First of all, let's see how it can be done. 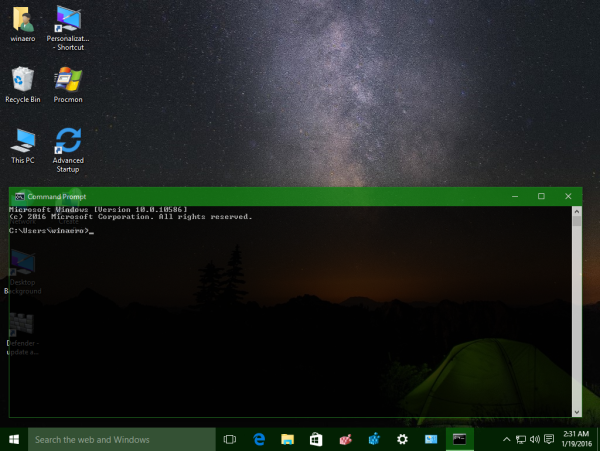 The change will be applied to the active window. Other PowerShell and Command Prompt windows won't be affected.

The following video demonstrates this in action: