As you may already know, Windows 10 Insider Preview includes a set of "hidden" feature which are not accessible to regular users. Usually, the OS includes features that are not finished or can cause some unexpected behavior. Here are two tools we can use to unblock such features, both free and open source.

The tools are Mach2 and ViveTool. Let's review them.
Contents hide
ViveTool
Mach2

Vive is an open-source tool created by two well-known Windows enthusiasts, Rafael Rivera and Albacore. ViveTool can enable hidden features in Windows, which exist in the OS by hidden by Microsoft and/or under the A/B testing.

Microsoft is using a Feature Control system that allows its engineers to ship both stable and work-in-progress code similarly in the OS. They reside in a special Feature Store, and the latter portion is usually hidden from the user. Vive allows managing the Feature Store, and enable the features you are interested to try.

It supports the following options:

The following blog posts illustrate how to use the app: 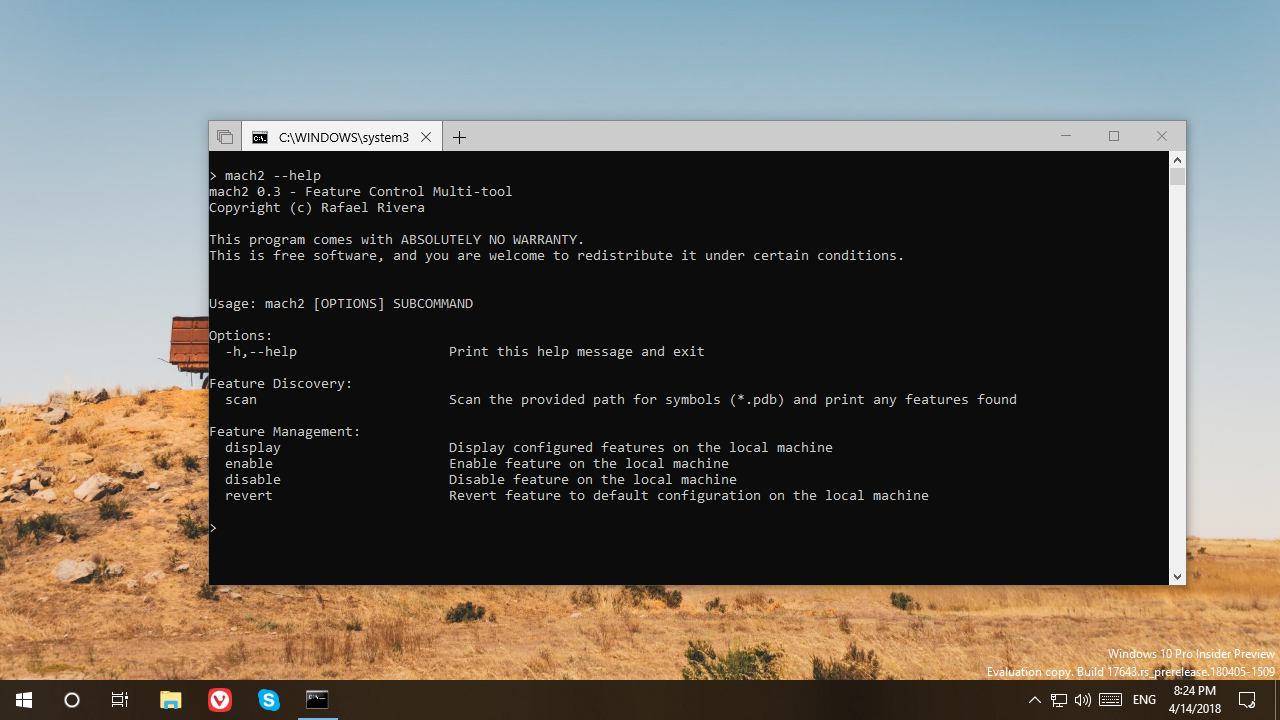 Here is the description from the author:

Feature Control is a system used to gate off new and unfinished features from production users in production code. The latter bit is important; it helps teams – like the Notepad team – safely work on changes in a constantly evolving master codebase, reducing costly integration efforts and boosting transparency. Teams needing to work with this pre-production code can easily flip a switch on their Windows machines – like Feature_FluentNotepadWorkForMaryJo. Everyone else, however, would continue to use production code and be none the wiser.

This is where Mach2 comes in.

Mach2 manages the Feature Store, a core component of Feature Control, where these switches live. It can display which features are enabled or disabled on a machine. It can also assist with the discovery of interesting features to flip on and off.

The application can be downloaded from the GitHub web site. It is a command line application which supports the following options:

While the software is very useful, it is very inconvenient to work with IDs of features. You see what this or that features does, because there are no descriptions available. Also, some of the features may not appear in the GUI until you reboot the OS. Finally, enabling some incomplete feature may brick your PC and you will end with reinstalling the OS.

Thanks to Thurrott for covering Mach2.