You can now enable tabs in File Explorer on Windows 11 in the latest Insider Preview build released to the Dev Channel. It allows you to open different folders in individual tabs inside one Explorer window.

Microsoft has already experimented with tabs back in 2018. The "Sets" feature has been available Windows 10 "Redstone 4". But it was eventually excluded from the OS without a chance to reach the stable version.

Now, tabs are back. The revived UI enhancement first spotted by Rafael Rivera in today's Windows 11 Build 22572. The official announcement didn't mention them, as it is an experiment feature hidden deep inside the preview build. 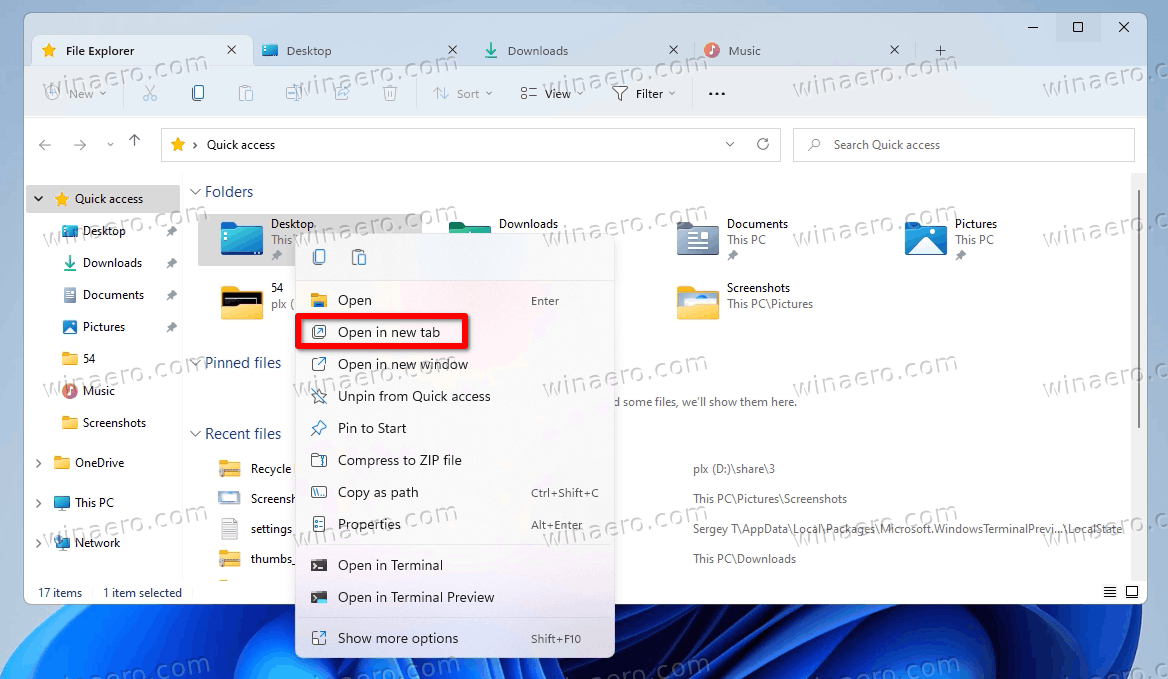 Starting in Windows 11 Build 25136, File Explorer has a newer navigation pane, that consists of three sections. In the middle, it shows frequently visited locations and pinned folders. The classic icons are at the bottom, and Home and OneDrive are in the topmost section.

💡You can find what Windows 11 build you have installed by opening the Run dialog (Win + R) and typing winver.

Tabs in File Explorer work exactly the way you could expect. You can open any folder in a new tab rather than in a new window. The appropriate option is in the context menu. There are also keyboard shortcuts to open and close tabs.

Similar to the Edge tab row, File Explorer support scrolling when you open a lot of tabs. There are arrow buttons that automatically appear after the first and last tab. 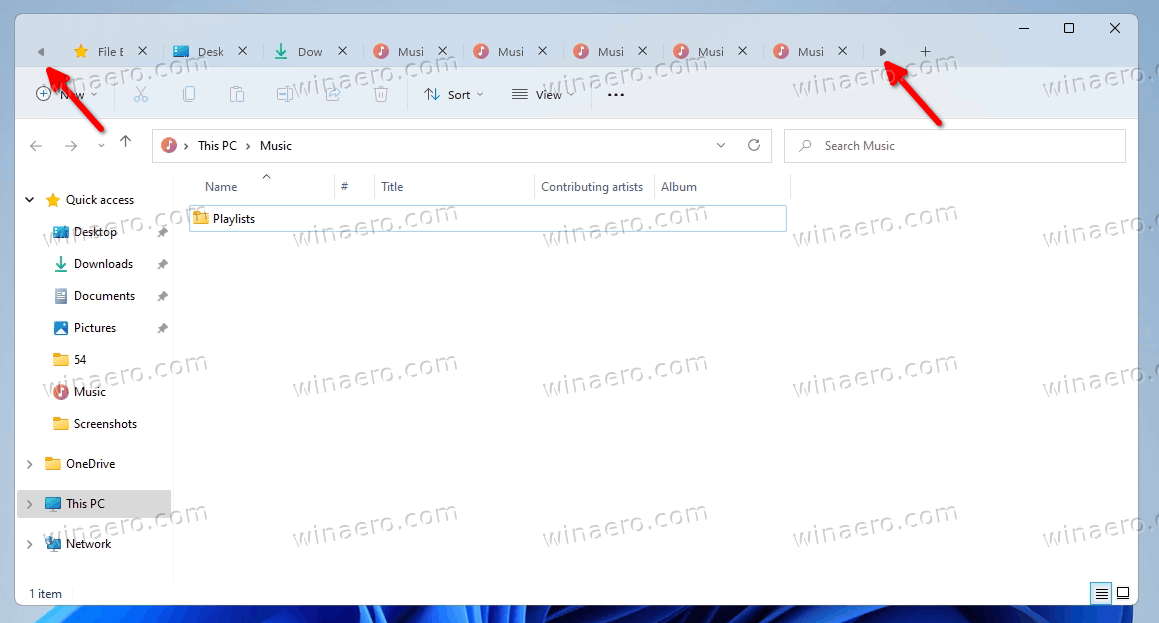 Here is how to enable the File Explorer tabs feature in Windows 11 (Insider builds).

To to enable tabs in File Explorer on Windows 11, do the following.

Done! You now have tabs in File Explorer.

As I already mentioned above, tabs are a work-in-progress. So enabling them before the official announcement may affect the stability and reability of the OS in a bad way.

If you have issues with tabs, you can undo the change at any moment later and disable them.

To disable tabs, open Terminal as administrator, switch to the c:\ViveTool folder, and execute the following commands.

Once you restart Windows 11, tabs will disappear from File Explorer.

Tabs in File Explorer is one of most anticipated features in Windows. It is glad to see that Microsoft has finally listened to users. Maybe one day will have something like dual-pane mode in File Explorer. Then some of us may stop using Total Commander and similar apps.