A few days ago Microsoft released a new Dev build (formerly Fast Ring) to Insiders. Microsoft has introduced a new Start menu in this build, which is notable for new color schemes and a refined look of tiles. However, due to the A/B testing Microsoft is performing, not every Insider has received the new Start menu. We today will look how to force enable it, even if you do not have the new menu out of the box.

The company describes the change as 'a more streamlined design that removes the solid color backplates behind the logos in the apps list and applies a uniform, partially transparent background to the tiles. This design creates a beautiful stage for your apps, especially the Fluent Design icons for Office and Microsoft Edge, as well as the redesigned icons for built-in apps like Calculator, Mail, and Calendar that Microsoft started rolling out earlier this year'.

As mentioned above, some Insiders are out of luck with trying the new Start menu and tile colors. If you are one of them, here is how you can force enable the new feature. 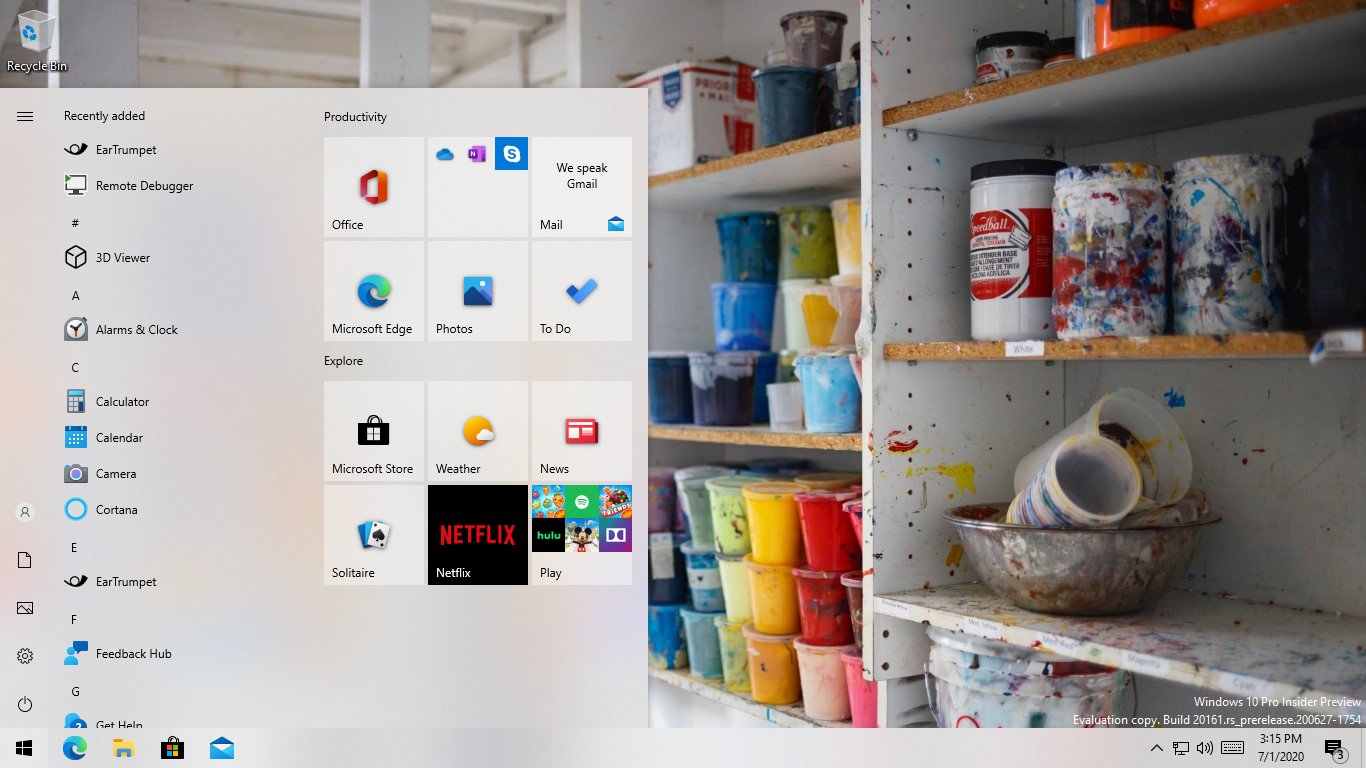 Contents hide
ViveTool is what we need
To enable the new Start Menu in Windows 10 Build 20161,

ViveTool is what we need

We need to use a third-party tool called 'Vive'.  Vive is an open-source tool created by two well-known Windows enthusiasts, Rafael Rivera and Albacore. Similarly to Mach2, Vive can enable hidden features in Windows, which exist in the OS by hidden by Microsoft and/or under the A/B testing. Microsoft is using a Feature Control system that allows its engineers to have both 'stable' and work-in-progress code similarly in the OS. Both are available in a special Feature Store, and the latter portion is usually hidden from the user. Vive allows managing the Feature Store, and enable the features you are interested to try.

Thanks to Rafael Rivera for this tip.