Microsoft is working tirelessly to bring new features and quality-of-life improvements to those owning Xbox Series X|S consoles. Soon, the latest generation of Xbox will receive a high-resolution dashboard, Night Mode, and Chromium-based Edge (Xbox consoles are the only devices remaining with the legacy Edge). Besides, Microsoft is actively developing a new feature to control a console using a regular TV remote.

The capability is based on the HDMI-CEC features, which are partly available on Xbox Series X|S right now. For example, you can control volume or turn on a TV when a console wakes up. The new firmware will let you navigate the dashboard and launch apps without reaching for a controller to use streaming apps or perform other non-gaming tasks. Also, TVs will be able to switch to Xbox when you press the Xbox button on your gamepad. Again, no need to look for a remote control just to change inputs. 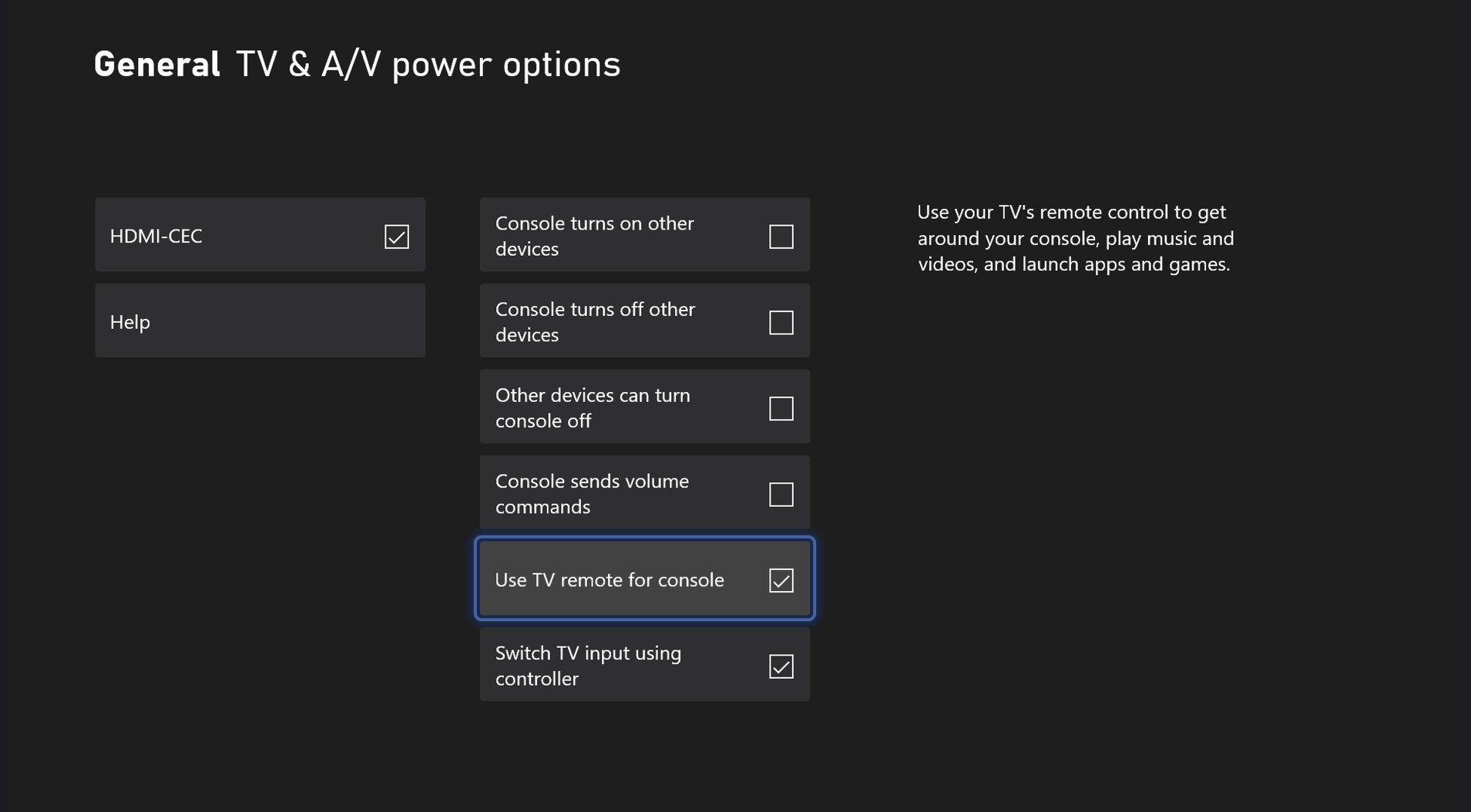 You will find the option to control Xbox's dashboard using the TV RC in the HDMI-CEC section inside the console settings. As of now, only a subset of Xbox insiders can test that feature. It is available in the Alpha-Skip Ahead and Alpha ring. Usually, Microsoft needs a month or two to complete testing and release a new update for Xbox consoles.

Microsoft is also testing a new firmware for existing Xbox One Wireless controllers. The company plans to add Bluetooth Low Energy support to enable multi-device connection and reduce input lag. Again, the firmware is currently available only for the Alpha-Skip Ahead and Alpha ring insiders.