The change will address the issue when gamers with disabilities need to conduct extensive research to learn whether a game supports certain assistive technologies. While many developers create their games with accessibility in mind, the information about supported technologies might not be available, even on official websites. Microsoft now wants to fix the problem by allowing publishers to provide potential customers with the information they need. 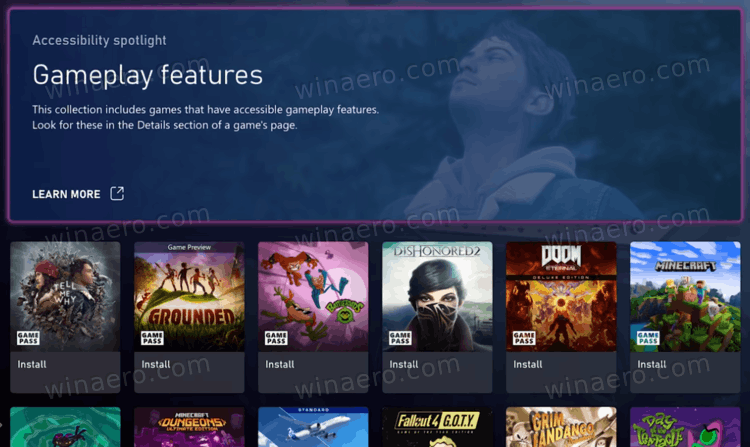 Tags in the Microsoft Store will include 20 accessibility features, such as the ability to remap input, narrated menus, customizable subtitles, single stick gameplay, etc. Microsoft says it plans to add more features based on feedback from gamers.

In addition to the Microsoft Store on Xbox consoles (Xbox One and Xbox Series X|S), Microsoft is also updating its storefronts on Xbox.com, the Xbox app on Windows, and Xbox Game Pass apps on mobile to showcase games with accessibility features.

As of now, the updated Microsoft Store with accessibility tags is available to members of Xbox Accessibility Insiders League. Microsoft wants to receive extended feedback from the participants before releasing accessibility tags to all users in the coming months. Besides tags, Microsoft will soon introduce additional features to make Xbox easier to use:

You can learn more about those changes in the Xbox Accessibility Showcase for October 2021 video on YouTube.