In the blog, a post explains that "there was never actually a Semi-Annual Channel (Targeted), or SAC-T, release; rather, SAC-T merely reflected a milestone for the semi-annual release. Unless you were using Windows Update for Business, the SAC and SAC-T designations had no impact on when your devices would be updated.".

The ability to select the Semi-Annual Channel (Targeted) is now removed from version 1903. Here is how the appropriate page of the Settings app looks. 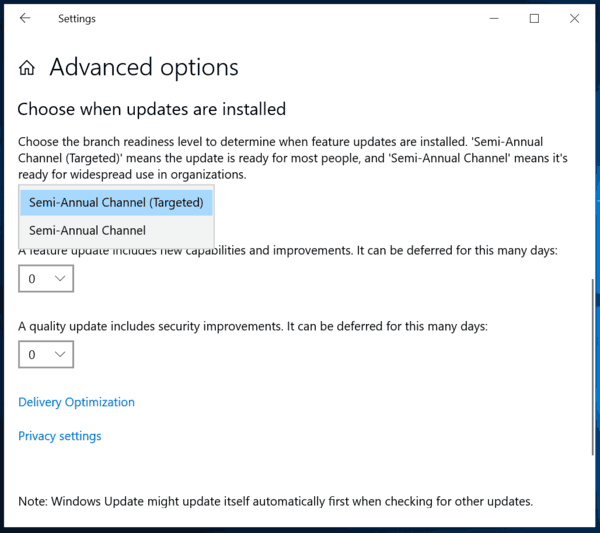 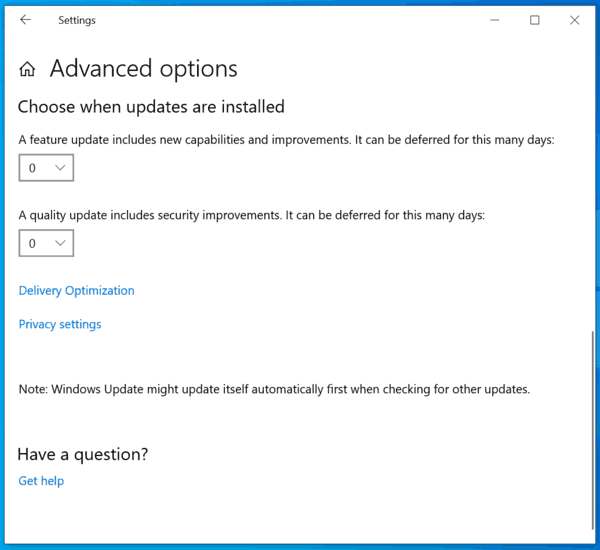 So, Semi-Annual Channel (Targeted) is no longer presented as an option. This change will only be seen once you have deployed Windows 10, version 1903 and will only impact future feature updates after version 1903. Devices enrolled in the Windows Insider Program; however, can already see these changes.

If you are a Windows 10 administrator and want to keep the upgrade interval that was provided by the Semi-Annual Channel (Targeted) option, you need to increase the period for deferring updates by 120 days after installing version 1903 of Windows 10. This will retain the same update release window.

For reference, see the following articles: